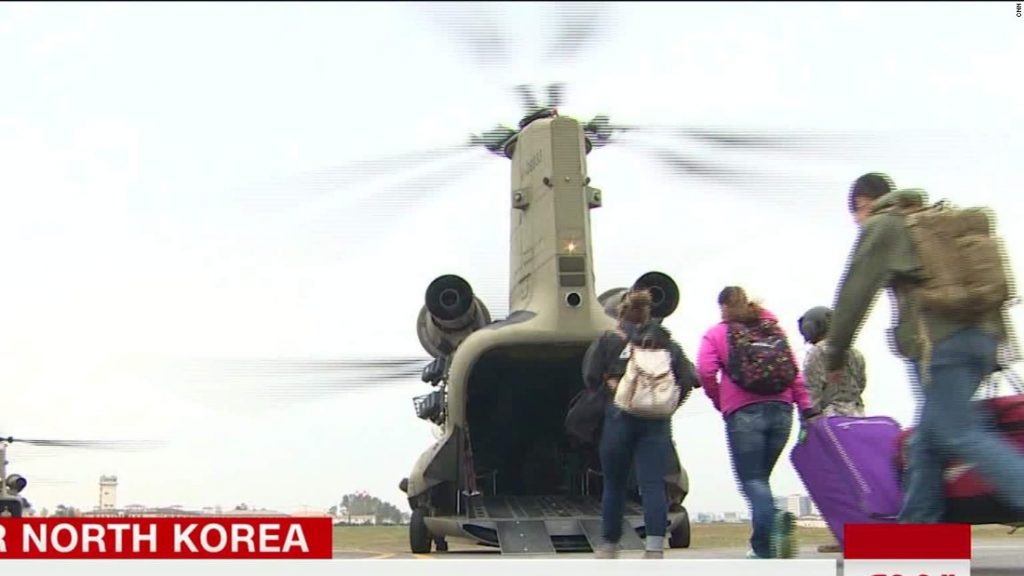 The United States Military will conduct massive drills next week, simulating the full-scale evacuation of thousands of American citizens from inside South Korea should war erupt between the US and North Korea, reports the New York Times.

The operation, code-named Courageous Channel, will take place next Monday and last five days; preparing American service members and their families “to respond to a wide range of crisis management events such as noncombatant evacuation and natural or man-made disasters,” said a US official.

While evacuation drills are not uncommon for the US military in the region, the move raises new fears among South Koreans that the simulation may signal an impending strike on North Korean dictator Kim Jong Un.

The war of words between the United States and the communist nation reached new heights over the weekend, when Secretary of State Rex Tillerson said he hoped diplomacy would successfully force Kim to voluntarily abandon his nuclear arsenal “until the first bombs drop.”

“Those diplomatic efforts will continue until the first bomb drops,” Tillerson told CNN. “The President has also made clear to me that he wants this solved diplomatically. He is not seeking to go to war.”