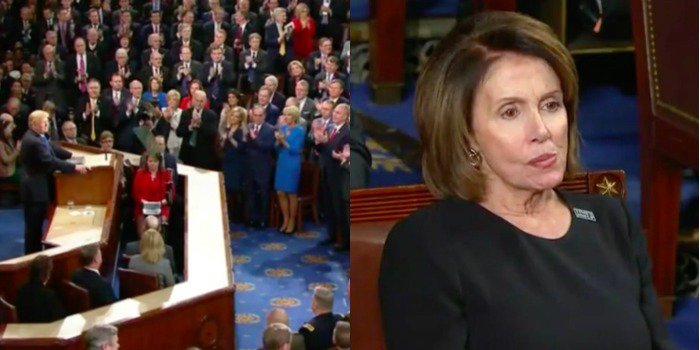 Nancy Pelosi prefers a divided America, judging by her response to President Trump’s call for unity.

As the president recognized Rep. Steve Scalise, who was shot by a Bernie Sanders supporter during a congressional baseball practice, Trump said, ”

Nancy Pelosi is having NONE of this …. LOL. pic.twitter.com/MRJmqV4YPh

“…to seek out common ground and to summon the unity we need to deliver for the American people,” the president said as CNN showed a slumped over Senate Minority Leader Chuck Schumer.

“This is really the key. These are the people we were elected to serve,” he said as the shot cut to Nancy Pelosi.

As many in the chamber applauded Trump’s call for unity, Pelosi sat stone-faced.

The applause grew, but she still […]