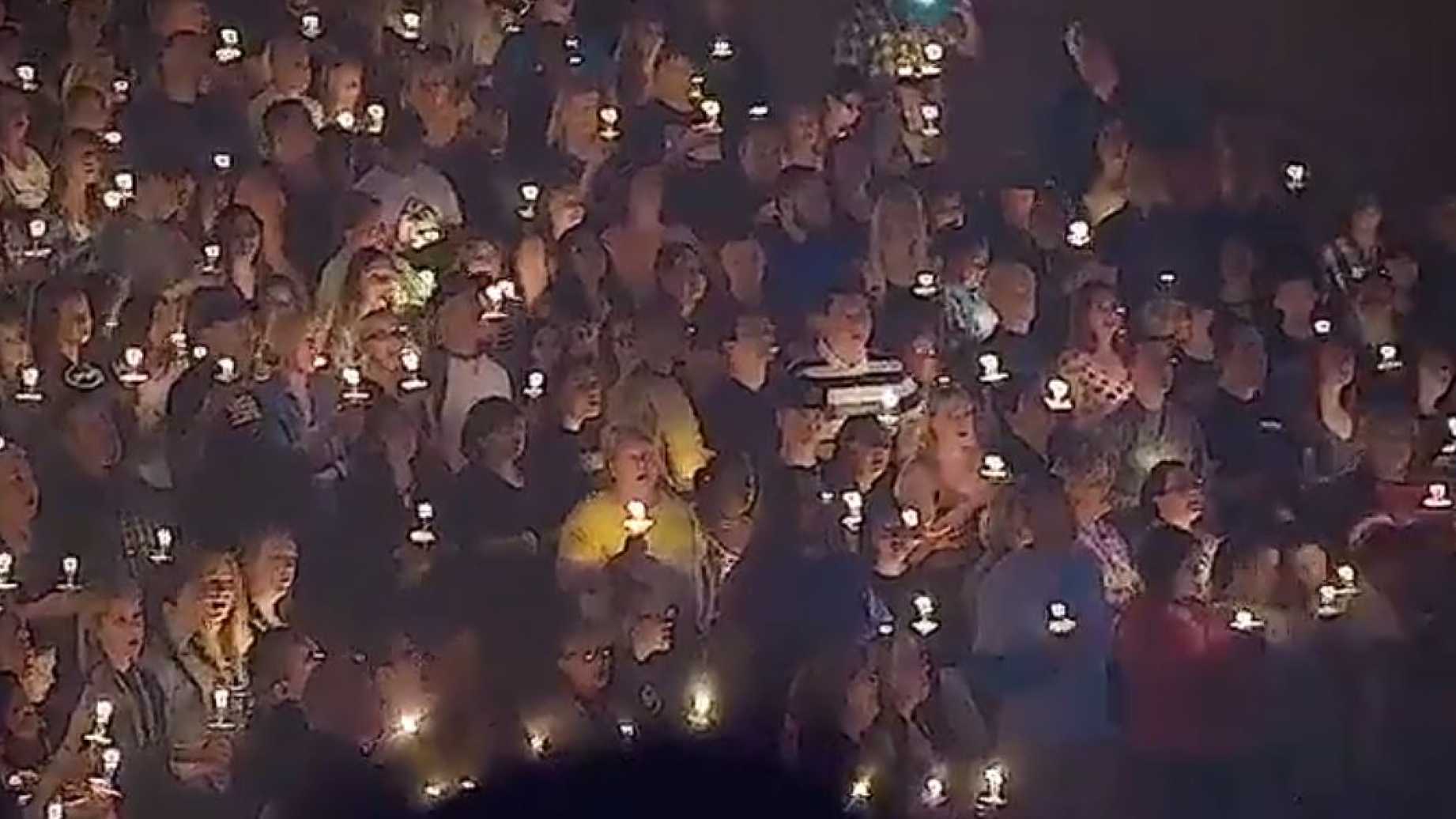 Thousands of people packed a Las Vegas church to sing “Amazing Grace” following the deadliest shooting in U.S. history, in which 59 people died and nearly 500 were injured.

The candlelight vigil, which attracted a crowd of over 3,500, took place Tuesday at Canyon Ridge Christian Church and video of the event was first posted to the church’s Facebook page.

AMAZING GRACE: Thousands gathered in Vegas for a candlelight vigil to honor the victims of the horrific shooting. pic.twitter.com/7GsZmCRGCz

President Donald Trump was in Las Vegas on Wednesday to visit with victims of the mass shooting and to meet with local officials.

WE LOVE YOU LAS VEGAS! pic.twitter.com/nxRWeR1gEz

On behalf of a GRATEFUL NATION, THANK YOU to all of the First Responders (HEROES) who saved countless lives in Las Vegas on Sunday night. pic.twitter.com/ZxuMYWnNHv

So wonderful to be in Las Vegas yesterday and meet with people, from police to doctors to the victims themselves, who I will never forget!

The President tweeted early Thursday morning that he will never forget the people he met while in Las Vegas visiting with the victims.