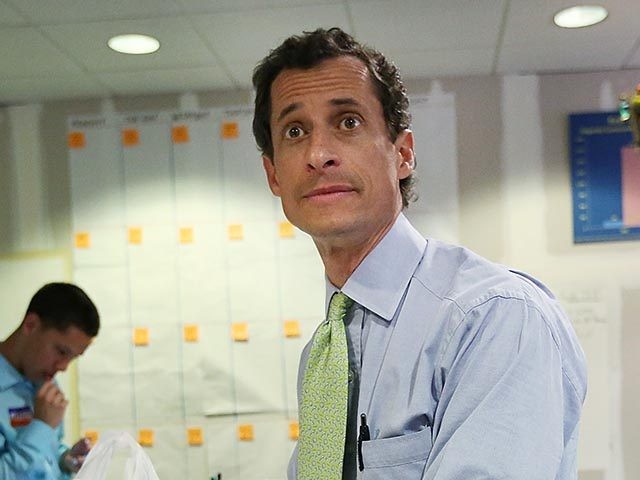 Former U.S. Representative and infamous pervert Anthony Weiner (D, N.Y.) has requested to reschedule his sentencing for a later date following his May 19 conviction for sending obscene material to a minor.

Weiner’s sentencing was originally scheduled for Sept. 8, but his attorney has requested it be rescheduled for Oct. 6, the New York Daily News reported.

Revelations of Weiner’s sexting became known during the 2016 presidential campaign as a result of the role of Weiner’s wife, Huma Abedin. As Hillary Clinton’s aide, Abedin was scrutinized for her communications with Weiner. Controversy surrounding the campaign amidst the FBI’s investigation into Clinton and her top aides related to the handling of classified materials.

This sexting incident is one of many that has emerged and haunted Weiner. The former lawmaker was forced to resign his seat in Congress after sexting allegations first emerged in 2011. New allegations of misconduct in 2013 led to him stepping aside during his run for Mayor of New York City.

On Sept. 13, just a view days after the scheduled sentencing hearing, Weiner is scheduled to attend a hearing regarding his divorce from Abedin. Weiner’s wife filed for divorce the same day he copped to his unlawful correspondence with a 15-year old.

The request to reschedule sentencing does not however refer to the divorce related hearing.