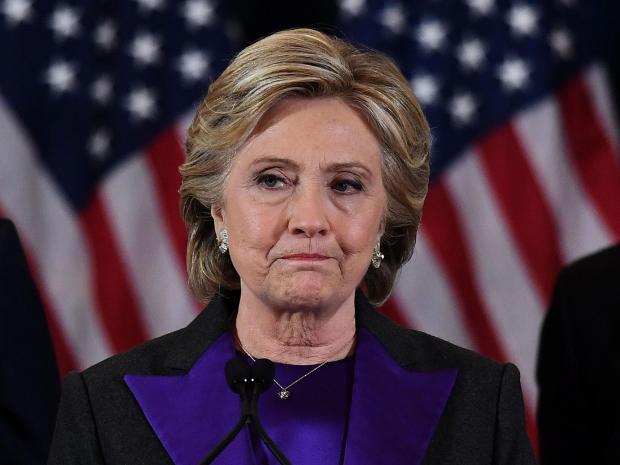 It’s on the shelves. The comprehensive guide to not taking responsibility for an election loss by two-time presidential loser Hillary Rodham Clinton. Sure, she says the loss was on her, and that she will live with that for the rest of her life. But remember—James Comey, the media, Russia, sexism, Joe Biden, and Bernie Sanders are all to blame for torpedoing her presidential dreams. Everyone knows Hillary Clinton just needs to go away. The Clinton era within the Democratic Party is coming to a close, though she says she’s still going to be active. Hillary Clinton the candidate is over, however, with the former first lady vowing to never run for office again. So, there are some silver linings to this book’s release. We may get a few weeks of incessant whining about the 2016 election, but at least she won’t be running anymore.

I was debating whether to pre-order the book. The only issue was I wasn’t able to calculate how much money I would need to spend of Advil and whisky to get through it.  Well, it might be worth it since Amazon and Walmart have decided to cut the book’s price by 40 percent prior to its official release (via Paul Bedard):

Publisher Simon and Schuster set a price of $30.

Much of what’s in her book has already been reported on, thanks to leaked copies of the Democratic presidential candidate’s latest work.

The price cut, however, has likely helped to boost sales. It is No. 1 on Amazon.

Hey, maybe her running mate, Sen. Tim Kaine (D-VA), could not get a copy of the book. Yeah, in a rather awkward moment, Clinton’s running mate wasn’t even given an advanced copy of this exercise in endless griping.