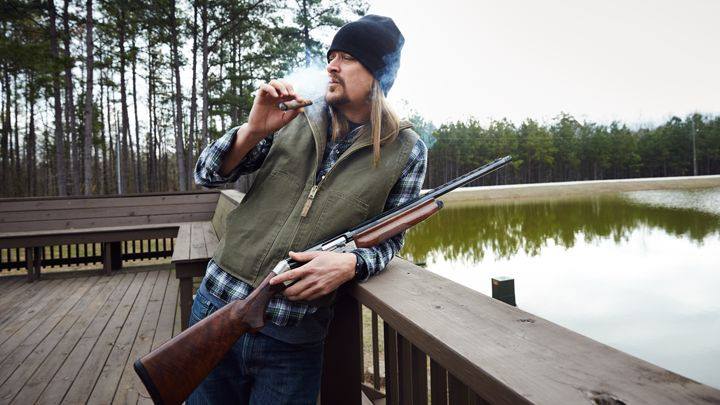 Now that Kid Rock — aka Robert James Ritchie — has officially entered the political fray, it is time to look at what a “Senator Kid Rock” might mean for the Second Amendment.
Interviews from the past several years provide clear insight into the Romeo, Michigan, native’s position on firearms.

Kid Rock simply smiled and said, “‘Cause I got one.”

Morgan asked, “Do you need to have one for protection?” Kid Rock responded, “I need to have one. When I go to Detroit, I am never in Detroit without my gun. Ever. Right by my side–loaded, ready.” Morgan added, “And you wouldn’t hesitate to use it?” to which Kid Rock replied, “No, not at all.”

Firearms are for self-defense — check.

Now, how about hunting?

On June 20, 2016, Kid Rock gave an interview to Petersen’s Hunting in which he explained that Hank Williams Jr., introduced him to hunting and the two now share ownership of some hunting grounds in Alabama. Kid Rock said, “I always loved guns, but we never really hunted. …[Hank] got me into it, and I finally got the itch. I got the bug. The more time I spent with Hank, well, he just doesn’t do much other than hunt, collect guns, and make music. Going to visit him in Tennessee and Alabama was what hooked me. I have to give all the credit to him.”

When Petersen’s asked Kid Rock how he responds to anti-hunting propaganda in 21st-century America, he said:

I like win-wins in life. I like things that are all positive. To me, that’s hunting. You form bonds with other hunters, you eat healthier, and you become better at, well, life. I see hunting as an American tradition. It’s a rite of passage to me. There’s so much family and friendship involved that it’s really just the backbone of this country.

It is interesting to note that Kid Rock celebrated Donald Trump’s presidential victory by releasing a t-shirt emblazoned with the words, “God, Guns & Trump.” Now might be the time for a “God, Guns, & Senator Kid Rock” t-shirt; it could be a shirt made to celebrate the fact that a Second Amendment candidate is running against gun control Democratic Senator Debbie Stabenow.