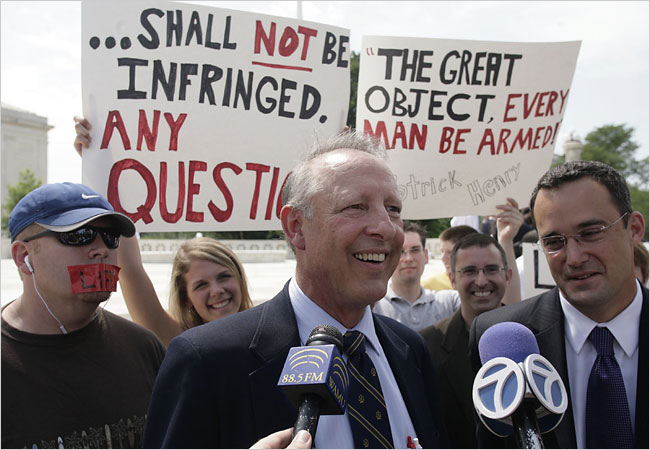 When the U.S. Court of Appeals for the District of Columbia struck down the District’s “good-reason” requirement for concealed carry, it begged the question once more: Where would we be without Heller?

District of Columbia v. Heller (2008) was the seminal Supreme Court decision that reaffirmed that the right to keep and bear arms is an individual one, in no way tied to or dependent upon service in the military or militia. In other words, it is a right possessed by each American at birth, and it comes without stipulation or caveat.

When the Heller ruling was handed down in late June 2008, it eviscerated restrictions on free people who were being punished by prescriptive firearm laws in Washington, D.C. In so doing, it sent shockwaves through the establishment media, the Democratic Party and gun control groups around the country.

Two years later, Heller played a role in the Supreme Court’s McDonald v. Chicago (2010), a ruling that leaned on Heller and reaffirmed not simply the individual nature of the right to keep and bear arms, but also the fact that that right—like others in the Bill of Rights—is incorporated in the Fourteenth Amendment. In other words, the right to keep and bear arms is doubly protected; it is guarded by the Second Amendment and the Fourteenth Amendment as well.

Outlets like the Los Angeles Times have criticized the Heller decision for years after it was handed down. The goal of their criticism was clearly to keep some degree of hysteria regarding the decision alive, so it would be teed up for an anti-gun president to reverse or at least tweak, should such a president follow Barack Obama.

On June 27, 2008—the day after Heller was handed down—the Los Angeles Times lamented:

Presented with two historically plausible arguments about whether the Second Amendment secures an individual right to keep and bear arms, the Supreme Court on Thursday opted for the interpretation less suited to a 21st century America bedeviled by gun crime. That’s the disappointing part of the court’s long-awaited ruling striking down the District of Columbia’s strict gun-control ordinance.

The Supreme Court erred in the initial Heller decision by upending an interpretation of the 2nd Amendment that had been embraced for half a century—that the amendment’s reference to a ‘well-regulated militia’ limits the right to keep and bear arms to organized military units, such as the National Guard.

The criticism from the Los Angeles Times was complemented by similar criticism from The New York Times and, eventually, from Democratic presidential candidate Hillary Clinton.