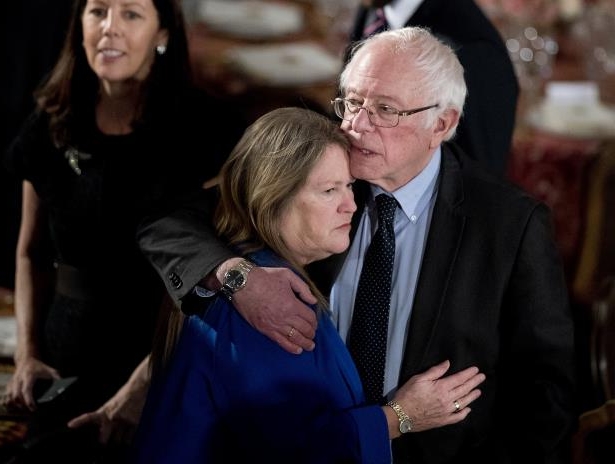 Long before he wrote his manifesto Bernie Sanders Guide to Political Revolution, the early favorite for the 2020 Democratic party nomination had another literary inspiration that may prove to be somewhat problematic.

The essay “Man — and Woman” written in 1972 by a then young Sanders, a man who had fallen in love with radicalism and dabbled in communism could be a deal killer in this new political era of heightened awareness of sexual harassment and Democratic party perverts.

The work in question was published by the radical newspaper The Vermont Freeman around the time that Comrade Bernie was launching his first run for the U.S. Senate and is clearly indicative of some troubling ideas – even in the days of free love and the sexual revolution. 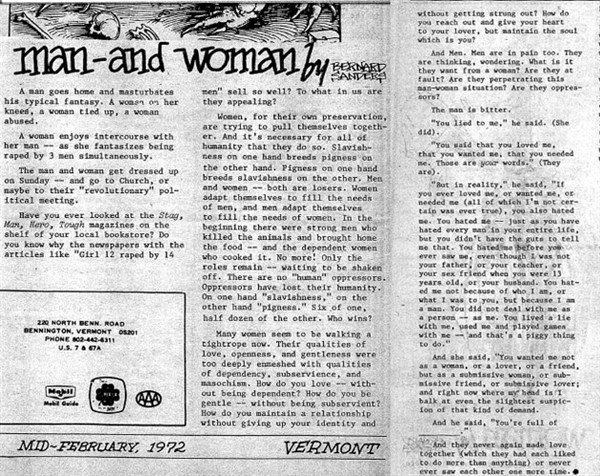 There is something dark and kinky about the essay which begins with:

A man goes home and masturbates his typical fantasy. A woman on her knees, a woman tied up, a woman abused.

A woman enjoys intercourse with her man — as she fantasizes being raped by 3 men simultaneously.

The man and woman get dressed up on Sunday — and go to Church, or maybe to their ‘revolutionary’ political meeting.

Have you ever looked at the Stag, Man, Hero, Tough magazines on the shelf of your local bookstore? Do you know why the newspaper with the articles like ‘Girl 12 raped by 14 men’ sell so well? To what in us are they appealing?

It briefly became an issue after being published in 2015 by the flaming liberal rag Mother Jones but never quite managed to get traction in terms of pushback from Team Hillary. She was blindsided by Bernie’s Bolsheviks who exposed her unprotected flanks on economic issues in the key Rust Belt states that ultimately cost her the election.

Will such a graphic and sick work come back to haunt Bernie? Well, the dead-ender feminists who still worship Hillary hate him anyway and their leader assigns some blame to him for her historic loss.

Sure, Bernie could slide because he is quite adept at repackaging Marxism for the modern era but 2016 was before the pink pussy hats, before Harvey Weinstein, and before #MeToo so don’t count on the closet commie crank getting off so lightly this time around.