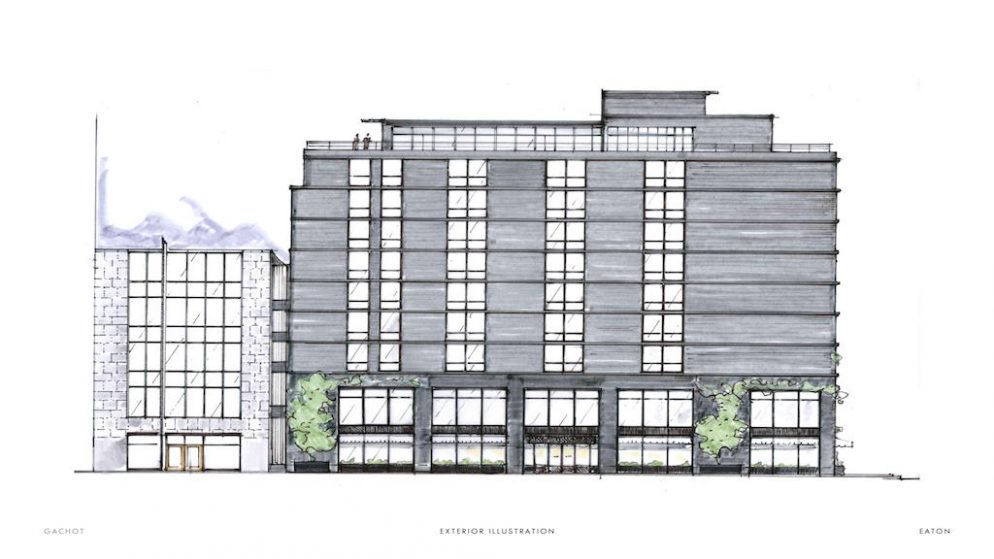 A depiction of what the old Sheraton Four Points at 12th and K streets, NW will look like once it becomes Eaton Workshop.

It’s a new era, that’s for sure. Of course, catering to a certain clientele is what niche business has always been about, but a new hotel opening in the spring will be the “first politically motivated hotel.”

Katherine Lo, daughter of a Hong Kong hotelier, is the founder of Eaton Workshop, a 209-room hotel intended to “self-select” those who stay by welcoming only those who are “woke.”

Lo also intends for the hotel to be divisive and says she has no interest in bringing together the right and left.

Lo told Bloomberg that her goal with the hotel “isn’t to bring together left and right,” but to attract guests who are pursuing liberal enterprises and consider themselves “woke.”

“Self-selection is definitely one of our strategies,” she said. “We wanted to emphasize that it’s a place for people who are thinking outside the box and want to effect a change in the world.”

The place is sure to be the pit stop of the perpetually outraged and miserable.

The hotel will prioritize community outreach, hosting a series of progressive lectures and fireside chats and partnering with local artists and museums to provide art installations and exhibitions, Bloomberg reported.

“We plan to have new ideas in the minibar—an activist toolkit, for example, that includes sheets with information to help you call your congresspeople,” Lo told Bloomberg. “And if we’d been open during this year’s Women’s March, I could have seen us putting poster boards and markers in the rooms.”

Is there a Bates Motel around? I can honestly say I’d rather stay there than any place like this regardless of political affiliation.

And in case visitors really want to wallow in political misery, Lo has them covered. There will be anti-Trump videos replaying footage from the 2012 and 2016 in the lobby.

And don’t worry. If you can’t get to D.C. to experience the oppressive morosity of a stay at Eaton Workshop, there are plans to open other locations in leftist hotbeds of Seattle and San Francisco soon.