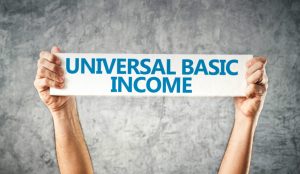 During his commencement speech at Harvard, Mark Zuckerberg called for consideration of universal basic income. Zuckerberg explained that taking focus away from measurements, like GDP and focus on how many people have a financial fall back is what we need to work towards. His thought is that it would give everyone a cushion to try new ideas but his thought should be on the list of issues that come from this idea.

Zuckerberg never talked about how his fantasyland idea would be financed but the radical left seems to forget about those details. Zuckerberg should try to pay for his radical plan on his own and see how that works out for him.

The only way that this idea could be financed by drastically increasing taxes, specifically for the wealthy, which can only be done to certain point before it creates other economic issues. The only way to fund Zuckerberg’s crazy idea would be to tax the wealth and corporations, which will only lead to a loss of jobs and less economic growth.

This is not the first time that the idea of universal income has been brought up. Just like universal healthcare, universal income sound great until the details must be figured out. In the end, this is a socialist idea that attempts to make all citizens equal. Zuckerberg should have paid attention more in economics class.