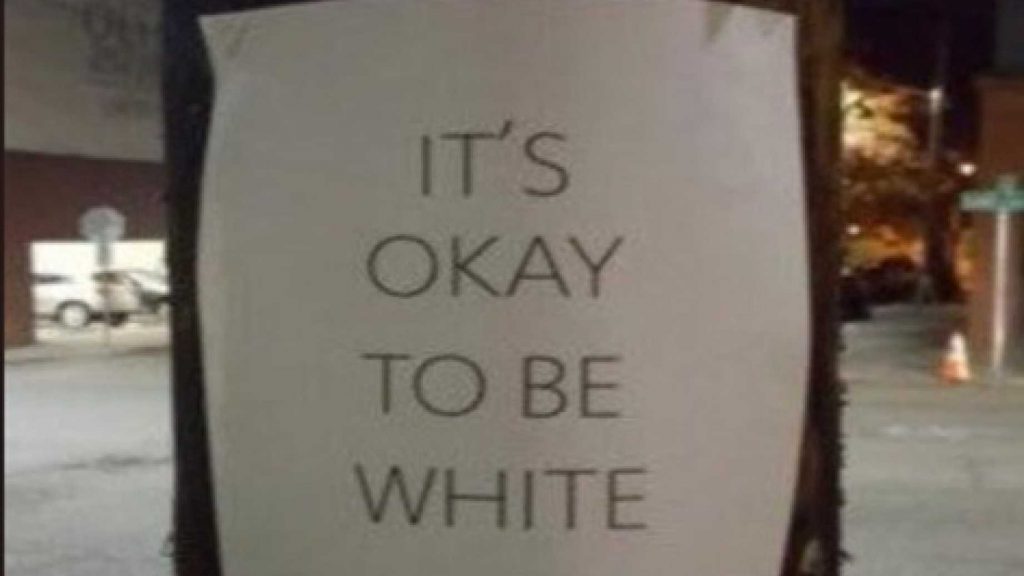 One student said she found the “it’s okay to be white” sign to be “threatening.”

Signs that simply say “it’s okay to be white” have been posted at high schools, college campuses, and neighborhoods across the country, and liberals are losing their minds.

Media reports on the signs have been endless; at least one school department has, incredibly, launched an “investigation” into the activity. As one college student put it, the piece of paper that says “it’s okay to be white” feels “threatening.”

"IT'S OKAY TO BE WHITE" sign found on doors at Montgomery Blair HS in MD. School says flyers were removed and says they're investigating. pic.twitter.com/jSTUwG3gNp

'It's okay to be white' signs a planned attempt to create racial, political tension https://t.co/aABKPufGzG pic.twitter.com/rCcuK09wwd

The signs do, however, seem to have been a coordinated effort, originating after an incident at Boston College in October in which hysterical mass-outrage ensued over a sign that said “don’t apologize for being white.” Some 4chan users launched a campaign to post “it’s okay to be white signs” to “trigger” liberals in the same manner the simple sign at BC had. There’s now even a website called itsokaytobewhite.com where the sign can be printed.