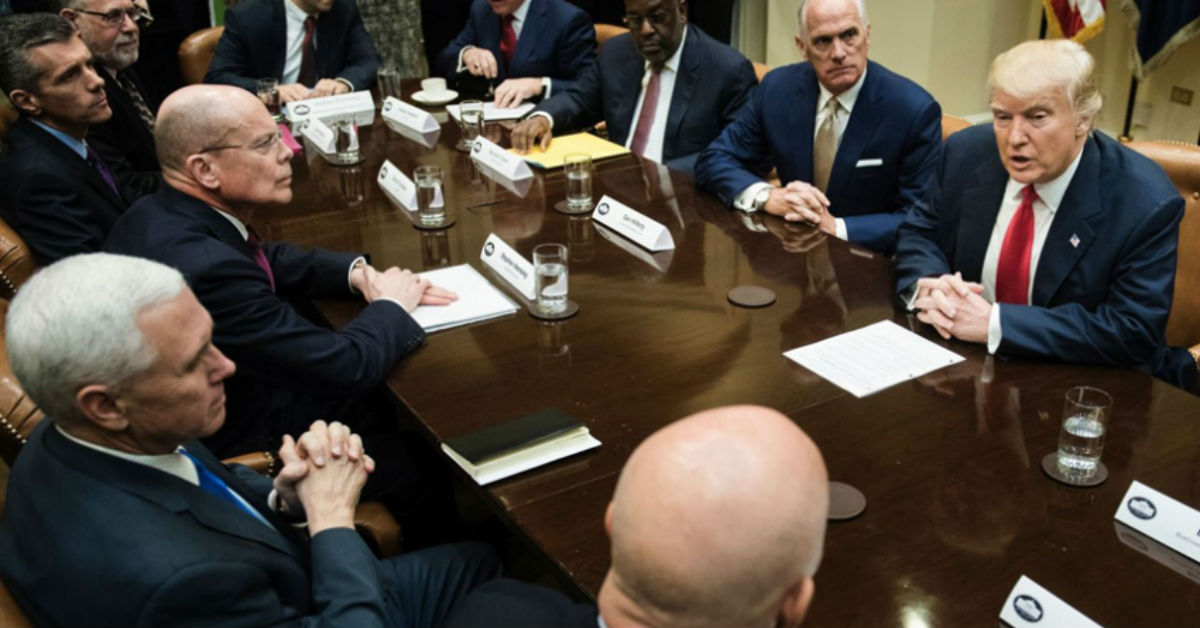 The Labor Department’s Bureau of Labor Statistics also said the number of employed Americans — which set records in February, March and April — set another record in June, at 153,168,000 employed.

And the number of Americans not in the labor force — after four straight monthly gains – dropped a bit to 94,813,000.

People age 16 and older who are not institutionalized or in the military are counted as “not in the labor force” if they are neither working nor looking for work. This number includes retirees, students, homemakers, the disabled, and others who have stopped looking for work for whatever reason.

The June unemployment rate increased a tenth of a point to 4.4 percent, which is near historic lows.

“Really great numbers on jobs & the economy! Trump tweeted on July 3. “Things are starting to kick in now, and we have just begun! Don’t like steel & aluminum dumping!”

He was talking about a July 3 report showing that U.S. manufacturers grew at their fastest pace in three years. In Friday’s report, BLS said the economy added 1,000 manufacturing jobs last month, for a total of 12,396,000.

In June, the nation’s civilian noninstitutionalized population, consisting of all people age 16 or older who were not in the military or an institution, reached 254,957,000. Of those, 160,145,000 participated in the labor force by either holding a job or actively seeking one.

BLS noted that with these revisions, employment gains in April and May combined were 47,000 more than previously reported. Monthly revisions result from additional reports received from businesses and government agencies since the last published estimates and from the recalculation of seasonal factors.

In a June 29, 2017 update, the Congressional Budget Office said it expects the U.S. labor market to tighten in the next two years, as greater demand for workers will push the unemployment rate down and the labor force participation rate up.

The projected demand for workers will encourage more people to participate in the labor force, temporarily offsetting the projected decline in participation arising from such factors as the ongoing retirement of baby boomers.

CBO projects that the unemployment rate will remain around 4.3 percent by the end of 2017 and then drop further to 4.2 percent in early 2018.

According to the CBO update:

— The labor force participation rate (the share of the civilian noninstitutionalized population age 16 or over who either have jobs or are available for work and actively seeking employment) will remain relatively constant over the next two years.

— Further tightening of the labor market will boost the growth of wages and salaries over the next two years.

— Price inflation is expected to continue rising over the remainder of this year, and interest rates will rise as well.

— Over the next decade, labor force growth will be constrained by slow population growth and by the aging and retirement of the baby-boom generation.