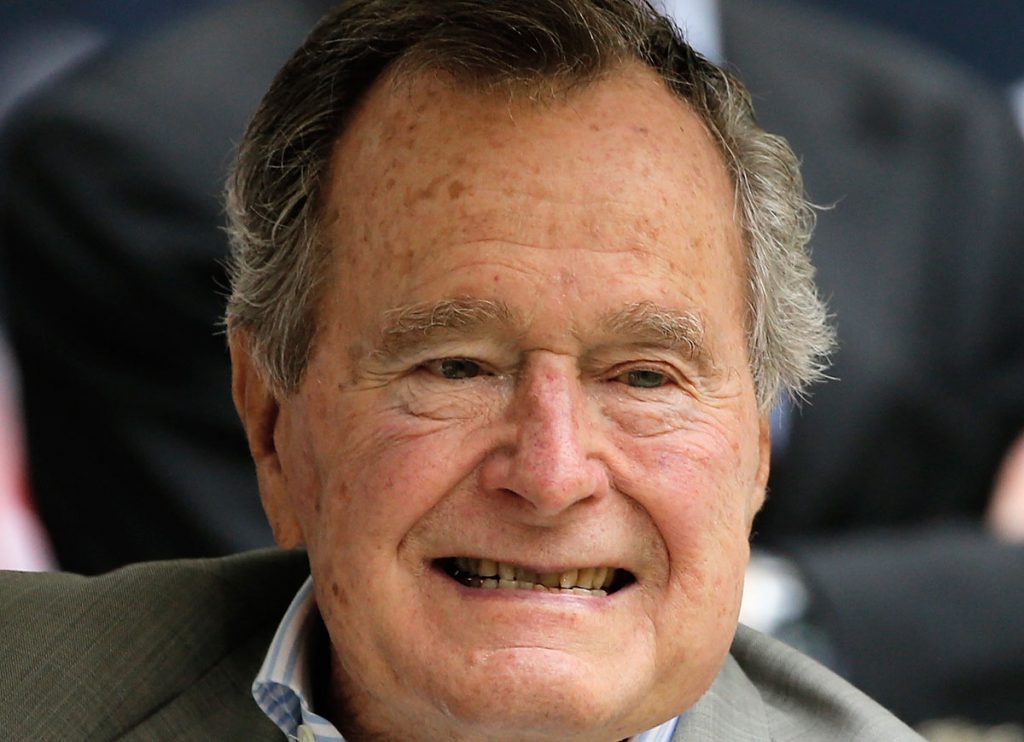 According to Corrigan, the groping occurred in November of 2003 at an event in The Woodlands, Texas. This is the sixth woman to publicly accuse the 41st president of grabbing her butt without consent.

Speaking to Time magazine, Corrigan, who is now in her early 30s, said, “My initial action was absolute horror. I was really, really confused. The first thing I did was look at my mom and, while he was still standing there, I didn’t say anything,” she said. “What does a teenager say to the ex-president of the United States? Like, ‘Hey dude, you shouldn’t have touched me like that?’”

Like the other five incidents, Corrigan claims it happened when she was posing with Bush for a photograph. Bush was then 79 years old.

“As soon as the picture was being snapped on the one-two-three he dropped his hands from my waist down to my buttocks and gave it a nice, ripe squeeze, which would account for the fact that in the photograph my mouth is hanging wide open,” Corrigan told Time. “I was like, ‘Oh my goodness, what just happened?’”

Bush spokesman Jim McGrath told Time, “George Bush simply does not have it in his heart to knowingly cause anyone harm or distress, and he again apologizes to anyone he may have offended during a photo op.”

That is not a denial.

As far as the previous five accusations, McGrath has said,  “At age 93, President Bush has been confined to a wheelchair for roughly five years, so his arm falls on the lower waist of people with whom he takes pictures.”

In 2003, Bush was not only not a sick man confined to a wheelchair, he was healthy and vigorous enough to go skydiving the following year.