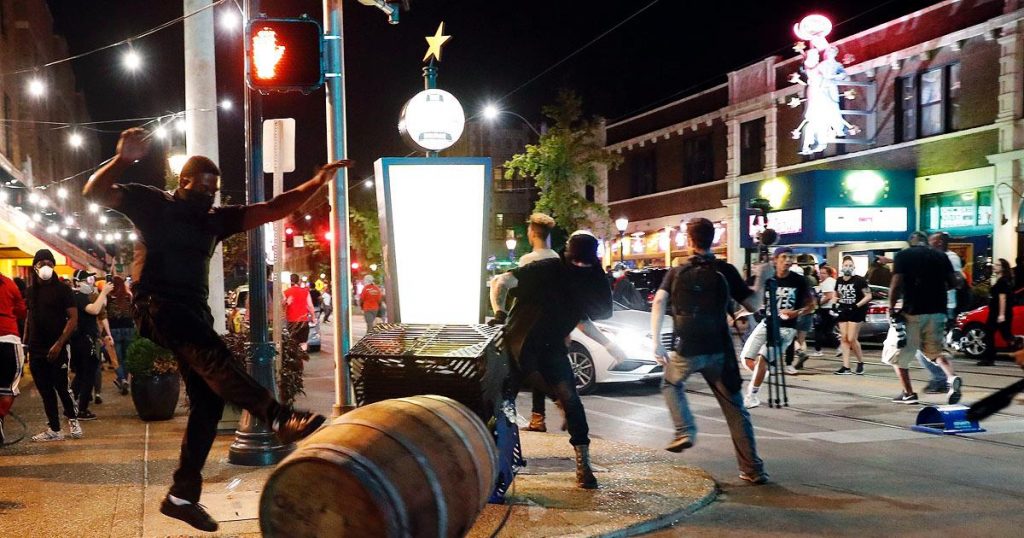 St. Louis Police Commissioner Larry O’Toole says the violence is “contained” in a small area away from most of the protests, and that the vast majority of demonstrators were peaceful and have complied with police orders and directions. However, a handful of individuals decided, over the weekend, to ruin it for everyone, attacking cops with bricks, rocks, and “chemicals,” sending ten officers to the hospital.

“The days have been calm, but the nights have been destructive. After the demonstrations, organizers announce that the daytime protests are over. But a group of agitators stay behind, apparently intent on breaking windows and destroying property. This is not acceptable,” mayor Linda Krewson told media in a press conference Sunday evening.

She went on to say that St. Louis city officials have heard the demonstrators and intend on making changes to city policy – but that every violent incident sets the mission further back.

Even St. Louis activists are trying to calm the violence, distancing themselves from the rioters and looters and calling on individuals causing trouble to back down. “All we want is peace,” one of the march leaders, a St. Louis pastor, said in a a video posted to YouTube Sunday. “If you can’t come here peacefully, don’t come at all.”

Officer Stockley and his partner were cleared of wrongdoing in 2011, when the pair cornered Smith after witnessing what the two officers say was a drug transaction. Stockley told police that Smith backed into his police vehicle several times before speeding away. After a high speech chase, that ended when Stockley rammed Smith’s vehicle, Stockley and Smith had a confrontation. Stockley claims Smith reached for a gun; Stockley fired, killing Smith. A weapon was found at the scene, but Smith’s DNA wasn’t on it – only Stockley’s.