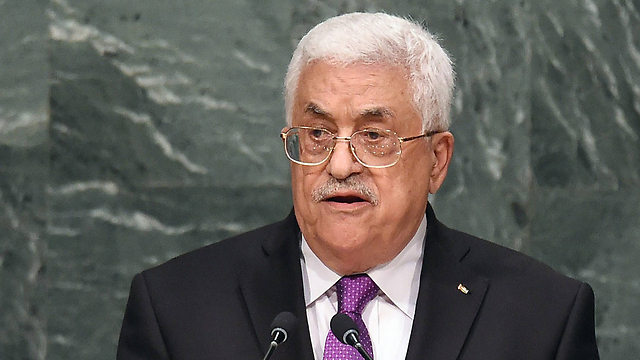 Abbas sent a telegram to Kim on the 72nd anniversary of the Korean Peninsula’s liberation from Japanese rule, the official Palestinian Authority news outlet Wafa reported, according to the Times of Israel.

“The Korean people offered the most precious sacrifices for their freedom and dignity,” Abbas said to Kim. “We send prayers for the stability and prosperity of the people of North Korea.”

The Palestinian leader thanked North Korea for its “firm solidarity in support of the rights [of the Palestinian] people and its just struggle to end the occupation and establish our independent state with East Jerusalem as its capital.”

Abbas also wished Kim “health and happiness” and hopes for the “historic relationship between Palestine and North Korea to further develop.”

The Palestinian leader wished South Koreans prosperity and said he hopes the country will develop a relationship with the Palestinians.

“First Hitler, then S. Hussein, now Kim Jong-un. If you want to take a moral stand, check who the Palestinians support and do the opposite,” Bennett said.

First Hitler, then S. Hussein, now Kim Jong-un.
If you want to take a moral stand, check who the Palestinians support and do the opposite.

Abbas’ telegram came amid heightened tension between the United States and North Korea over Pyongyang’s nuclear and missile programs.

President Donald Trump stepped up his rhetoric last week after reports emerged that North Korea is capable of producing miniaturized nuclear warheads to fit on ballistic missiles. Trump said he would bring “fire and fury” to North Korea should Kim continue to threaten the U.S.

Kim said he was drawing up plans to launch ballistic missiles strikes on the U.S. Pacific territory Guam, though he has since backed off those threats for the time being.