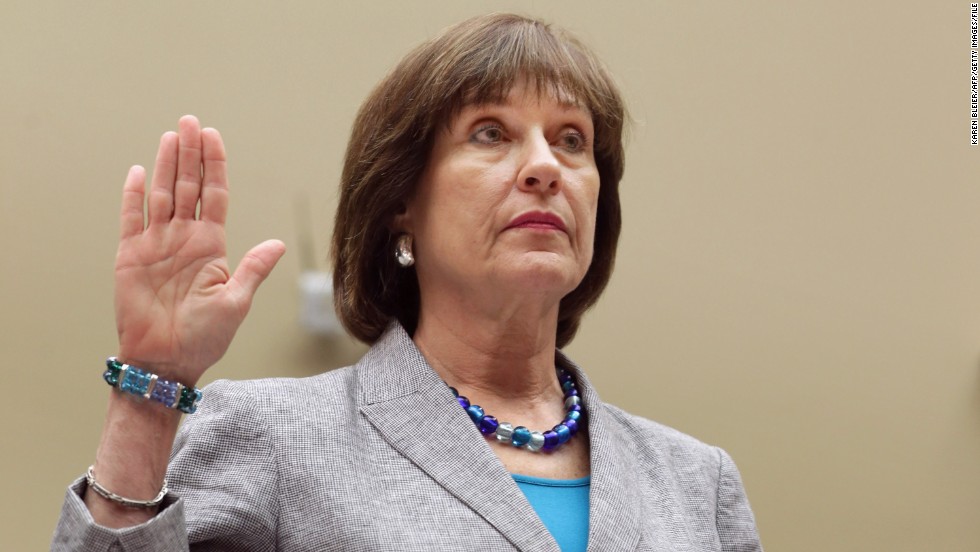 What did she think the reaction of the public would be, when she and her department systematically singled out conservative groups for discrimination? I guess she didn’t think we’d ever get quite this ugly, as a nation, but then again, what she did was pretty ugly, too.

Lois Lerner, the former IRS executive who played a prominent role in the investigation into the targeting case, wants the details of the case to remain sealed, fearing that should the details become public, she and her family could be put in danger.

Ms. Lerner and Holly Paz, her deputy at the IRS, filed documents in court Thursday saying tapes and transcripts of depositions they gave in a court case this year must remain sealed in perpetuity, or else they could spur an enraged public to retaliate.

“Whenever Mss. Lerner and Paz have been in the media spotlight, they have faced death threats and harassment,” attorneys for the two women argued.

Ms. Lerner and Ms. Paz gave taped depositions in a class-action lawsuit brought by tea party groups demanding answers and compensation for having been subjected to illegal targeting for their political beliefs.

A class-action lawsuit by the groups was settled in Ohio and D.C. in October, with the IRS admitting to the illegal behaviors. A $3.5 million settlement was ordered to be paid out by the government, in that case.

Lerner and Paz’s testimonies in the Ohio case were left out of the public record, because they requested privacy in the matter. They’re hoping to keep all that a secret, since the case has been settled.

What we do know is that the Obama administration claimed the targeting had stopped. What was actually going on was that Lerner was hiding it from her superiors.

“The voluminous record of harassment and physical threats to Mss. Lerner and Paz and their families during the pendency of this litigation provides a compelling reason to seal the materials,” the women’s attorneys said.

They particularly feel the language of Mark Meckler, an Ohio tea party leader whose group helped with the funding of the lawsuit, has served to heighten the threat.

Meckler has referred to the IRS as, “criminal thugs.” Yeah. That’s a start.

“These words matter. They have created a fertile environment where threats and harassment against Mss. Lerner and Paz have flourished,” the lawyers said.

I would say Lerner and Paz’s actions created the environment, but, hey…

Meckler laughed off the statement and suggested that if there were no bad actions revealed in the testimony, the women should have nothing to fear.

But we already know there’s something bad there. The government paid out those millions because the court agreed that there was wrong doing.

Judge Michael R. Barrett has sided with the women, so far, allowing only attorneys to see all the information from the testimony.

The Cincinnati Enquirer, a newspaper that covers the Cincinnati office of the IRS that initially handled tea party groups’ applications and that Ms. Lerner initially blamed for the targeting, has been fighting to make her version of events public.

The paper renewed that request last month, the day the government and the tea party groups announced their settlement. The paper has argued that there is no “clear and imminent danger” to Ms. Lerner or Ms. Paz.

Ms. Lerner has refused to talk publicly about her handling of the tea party cases, even being held in contempt of Congress when she botched her assertion of Fifth Amendment rights during testimony.

She gave a lengthy defense, then pleaded the Fifth.

That’s not the way it works.

At least, that’s not the way it is supposed to work. Obama’s Justice Department – those fine, constitutional minds – determined that that’s exactly how the Fifth Amendment works.

Can you see why there might be some anger?

Under President Obama, the department, in its own investigation into the IRS handling of tea party cases, also credited Ms. Lerner with being one of the bright spots, saying she attempted to curtail the targeting when she learned of it.

Don’t get confused. That would be an Obama “bright spot,” which, in normal speak, means completely corrupt.

Not even a smidgen of corruption?

That entire administration was tore up from the floor up.

Lerner’s behavior was simply a symptom of the greater sickness brought on by another crooked Democrat in the White House.