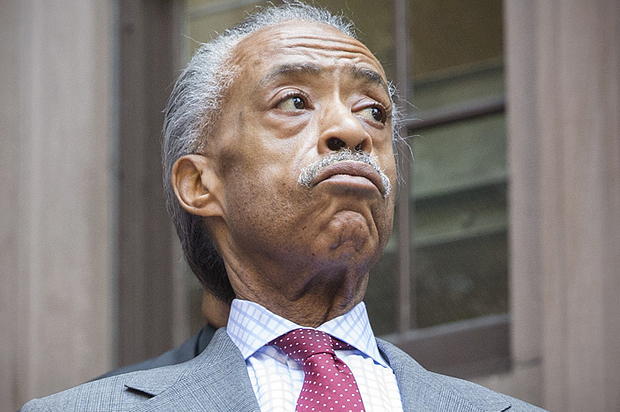 Ashley Sharpton, 30, is also accused of taking the cabbie’s keys directly out of the ignition at one point and throwing them without the driver ever seeing, New York Daily News reports.

It all allegedly happened at 1 a.m. when Sharpton and her friends hailed a taxi and each gave separate destinations, aggravating the driver in the process. The taxi driver pulled over until directions were clear, but that purportedly upset Sharpton and her fellow passengers, who were presumably out celebrating Sharpton’s birthday.

Sitting in the front seat, Sharpton allegedly grabbed the keys and tossed them — something she later admitted to cops, according to the New York Post. Police also said that one of Sharpton’s friends filmed the whole ordeal, which showed that Sharpton punched the driver in the chest while the taxi operator tried to retrieve his keys. (RELATED: Irate Passenger Threatens To File Fake Rape Accusations Against Uber Driver [VIDEO])

Sharpton took off after the tussle with the driver, but was caught roughly two hours later. She was charged with petty larceny and given a ticket before being released, reports the New York Post.

Another one of Al Sharpton’s daughters has been in the news before. Dominique Sharpton sued the city of New York in 2015 after spraining her ankle on a street. (RELATED: Al Sharpton’s Daughter Hikes Mountain On ‘Sprained’ Ankle At Center Of $5 Million Lawsuit)

The case is still ongoing as she seeks $5 million in damages for her injury.