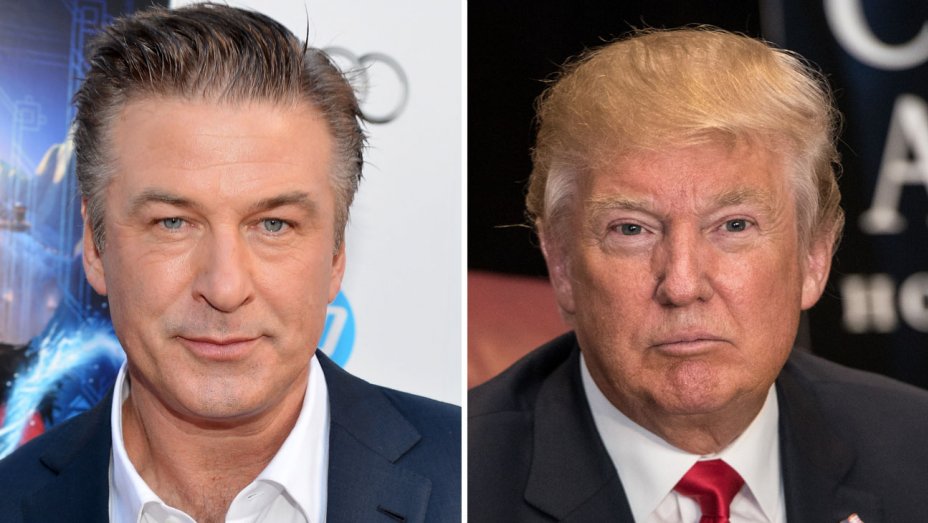 Actor suggests he keeps playing Trump not because he wants to, but as a public service.

At a promotional event at his alma mater George Washington University Tuesday evening, actor Alec Baldwin said he and his buddies at SNL “can’t be mean enough” to President Trump because he continues to prove he deserves all the scorn they direct his way.

Baldwin’s comments came during a promotional event for his painfully unfunny fake Trump memoir, “You Can’t Spell America Without Me: The Really Tremendous Inside Story Of My Fantastic First Year As President Donald J. Trump (A So-Called Parody)” (read Daily Wire Editor-in-Chief Ben Shapiro’s response to it here).

Baldwin told the audience that he “really expected [Trump] to change” after he became president. While he said he wasn’t surprised that Trump initially had a hard time coming to grips with the reality that he was president, he thought by now that Trump would’ve begun to focus more and adopted a more presidential perspective and demeanor.

“I thought he would take a deep breath and say, ‘I’m the president now,’ and begin to focus on, not only the power and the prestige and all of those kinds of tactile but more common perks and benefits of being president,” he said, the Daily Mail reports.

“The president of the United States, beyond anyone alive — maybe more than anyone alive in the world — has the view of humanity that you could never get somewhere else,” he added. “You meet the best and the brightest around the world. You see real human suffering and people who are trying to heal that suffering. You come home and you meet the creme de la creme of the arts, letters, academia, politics, all you do is shake hands and go to dinners and have photo-ops with the greatest Americans alive or the neediest Americans alive.”

Though Baldwin said the thought Trump would finally come to appreciate the “tremendous opportunity” for him as an individual, so far he hasn’t. And for that, he deserves relentless mockery.

“We can’t be mean enough to this guy,” said Baldwin.

Baldwin also discussed his reluctance to play the role of Trump on Saturday Night Live, saying the early plan was just to play the role on “about three shows and be out,” but instead it just keeps going, in part because of audience response.

“I’m the first person who wakes up everyday and goes, we’re done, we’re done — I’m sick of this,” said Baldwin. But then he gets so much praise for the role, with people saying things like “you’re getting us through this,” that he feels obligated to keep putting on the wig.

Baldwin also revealed the initial idea for him to play Trump came from former SNLer Tina Fey. Baldwin said he spat out his drink when she first suggested it, saying, “Trump? That’s the most asinine thing I’ve ever heard.”