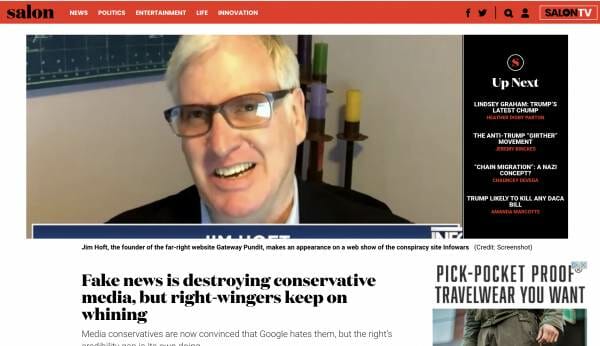 This past Friday Matthew Sheffield, a writer for Alt-Left and pro-pedophile site Salon.com, published a piece titled “Fake news is destroyed conservative media, but right-wingers keep on whining”, in which he attempts to break down the ways conservatives are ruining media and simultaneously are to blame for the attacks being leveled against them.

Sheffield’s basic M.O., as with countless other liberal blowhards, is to say that you are both the problem and the solution to your own problem in that if you just stopped being so darn conservative, all would be rectified.

First off, it must be mentioned that 2016 and 2017 have been banner years for the mainstream media outlets that the left exalts. Look at the Washington Post […]