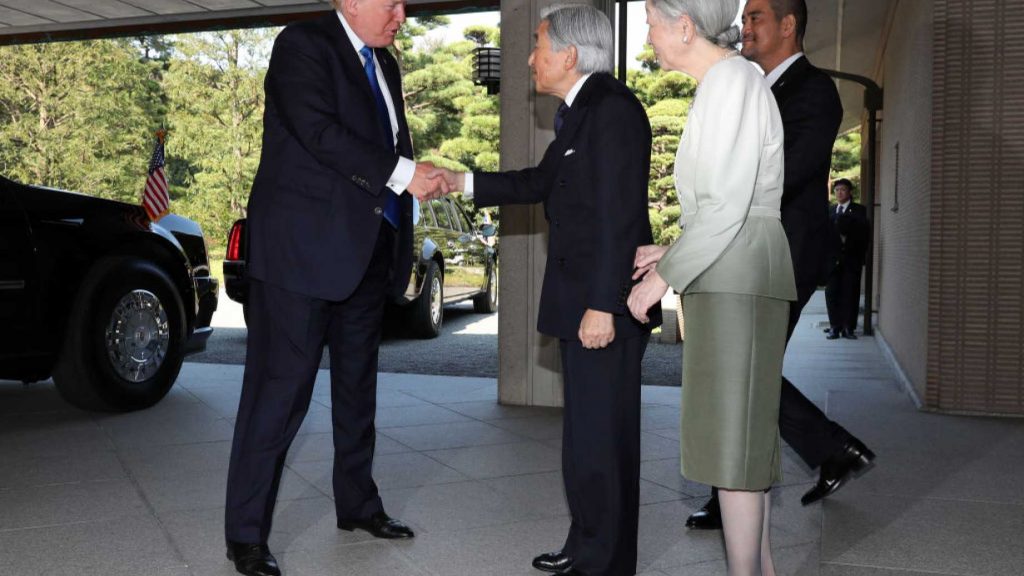 When former President Barack Obama met Japanese Emperor Akihito on Nov. 14, 2009, at the Imperial Palace, he did this. 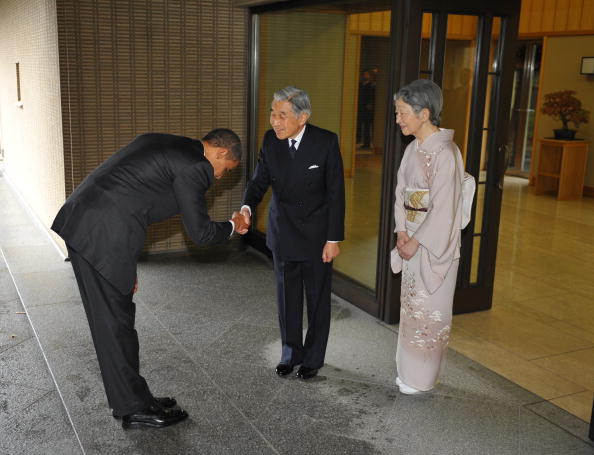 Obama was roundly criticized for bowing to a foreign leader. “How low will he go? Obama gives Japan’s Emperor Akihito a wow bow,” the Los Angeles Times wrote at the time.

“How low will the new American president go for the world’s royalty?” Andrew Malcolm wrote, noting that “very low bows like this are a sign of great respect and deference to a superior.”

Deference to a superior?

Many commentators wrote about whether it was right and proper for a U.S. president to bow to … anyone. Malcolm’s piece catalogued all the bowing and non-bowing in the past.

But when President Trump met with Japanese Emperor Akihito and Empress Michiko on Monday, the 6-foot 4-inch Trump gave the 5-foot 5-inch emperor a firm handshake, New York style. He nodded his head slightly, but did not bend at the waist. No bow for you! Come back, one year!

An administration official traveling with Trump on his Far East tour told The Daily Mail that bowing “is not his style – never has been.”

America’s chief executive has good reason not to bow to Akihito. He became emperor in 1989 following the death of his father Hirohito, who ordered the 1941 bombing of the U.S. naval base at Pearl Harbor, which killed more than 2,000 Americans.

Trump had visited Pearl Harbor before flying to Japan, stopping for a memorial service at the memorial to the USS Arizona, where more than 1,100 U.S. sailors and Marines died.