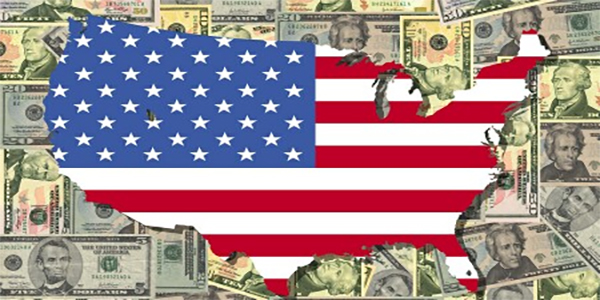 Businesses are more positive about the economy, saying now is a good time to expand

Americans’ worry about the economy are at the lowest level seen in 18 years, according to a poll from Gallup.

Gallup has been asking respondents what is the major problem facing the country in an open survey format since 1979.

“Economic mentions peaked at 86 percent in February 2009, as the Great Recession continued and newly inaugurated president Barack Obama dealt with the fallout of the 2008 financial crisis,” Gallup says. “The economy remained a top concern for several more years, with at least half of Americans mentioning an economic issue as the most important problem through August 2013.”

“With low unemployment, sustained economic growth, and historically high stock values, it is understandable that Americans are less concerned about the economy than they have been in many years,” the report explains.

Businesses are also feeling more optimistic about the economy and are saying they believe now is a good time to expand, according to a poll from the National Federation of Independent Business. The index found that 18 percent of businesses said they plan to increase employment. Thirty-two percent expect the economy to improve.

“Owners became much more positive about the economic environment last month, which suggests a longer-run view,” said Bill Dunkelberg, a chief economist at the federation. “In the nearer term, they are more optimistic about real sales growth and improved business conditions through the end of the year.”

While Americans are shifting their concern from the economy, they are increasingly seeing poor government as a major problem. Nearly one in four Americans, 23 percent, say they are dissatisfied with government, which is a response that rates higher than any other issue and has remained the top problem for every month this year.

“All major party groups have the government at the top of their list of most important problems, including 31 percent of Democrats, 21 percent of Independents and 18 percent of Republicans,” Gallup explains. “Americans’ satisfaction with the state of the nation remains low: Only one in four say they are satisfied.”

“Their top concerns about the country today—mismanaged or ineffective government, racism, health care, unifying the country, immigration, guns and terrorism—give clues as to what may be keeping their satisfaction down,” Gallup says.