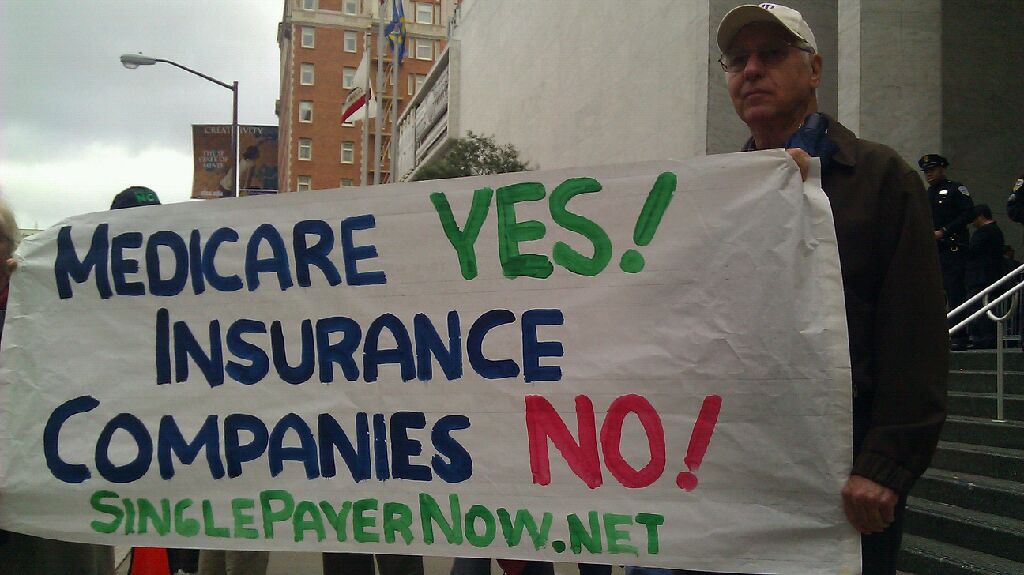 I’ve been writing a lot about government-run healthcare lately, and for good reason: If Democrats team up with nervous and dissatisfied Republicans succeed in derailing the Senate’s imperfect Obamacare replacement legislation, America will be stuck with a failing and deteriorating status quo.  Then what?  Will a GOP-controlled House and Senate go along with Democratic “solutions” to bail out and expand the law with another pile of taxpayer money?  How will that go over with voters who repeatedly handed them electoral victories on the explicit promise of dismantling the law?  Oh, did we say that if you elected us, we’d repeal and replace Obamacare?  We actually meant that we would collaborate with Schumer and Pelosi to prop it up in perpetuity.  Good luck with that.  Even if a united Democratic Senate caucus could peel off a handful of big government Republicans on a “fix” bill, would that proposal have a prayer in the House?

So let’s assume, for the sake of argument, that the Senate bill fails (a premature prediction, to be sure), and the dysfunctional current law continues to sputter (a much safer assumption, based on results).  Republicans will have shown themselves incapable of legislating on complex issues, and Democrats will at some point start winning elections again.  When they do, it’s not too hard to predict what would come next: They’d mumble about Republican “sabotage” (a garbage argument) while making excuses for the failures of the crumbling law they exclusively designed and passed.  Their biggest mistake, they’ll say, was not doing what was really necessary all along — implementing a single-payer system.  They won’t bother with the small detail that they lacked the votes to even pass a “public option” under Obamacare, which would have accelerated the collapse of the private individual insurance market.  They’ll just make the superficially appealing but ultimately specious argument that a government-run system is equal, simple and fair.

And if you think it’ll only be the far-left flank of the party pushing for this, think again.  Yes, Bernie Sanders and Elizabeth Warren are laying the rhetorical foundation for this idea, but some supposed Democratic “moderates” sound like they’d be on board, too.  Here’s Tim Ryan, who challenged Nancy Pelosi from the center in the caucus leadership elections, talking up socialized healthcare on MSNBC as a jobs program:

That’s…exactly how Pelosi tried to sell Obamacare, too, if you’ll recall.  That argument was exposed as yet another “Affordable” Care Act lie, of course, but who has time for such details.  Jobs, jobs, jobs, America!  Having vastly and dishonestly over-promised in order to install their previous statist healthcare scheme, Democrats will once again vastly and dishonestly over-promise to install an even worse statist healthcare scheme.  And they’ll point to polls like this (and this) to “prove” public support:

Allahpundit points out that a 44/31 split in favor of single-payer looks considerably less robust than a very similar survey conducted by this very same pollster this past spring.  Those numbers showed 60 percent of Americans favoring expanding Medicaid to cover everyone, with just 23 percent opposed.  The difference here is question wording.  The new poll at least hints at the pay-for/trade-off that would come into play by mentioning “taxes” in the prompt.  All of a sudden, a lot of people who love the hypothetical of extending Medicare to all citizens start to get more suspicious.  They don’t even know the half of it.  Let’s set aside the small matter of Medicare’s unsustainability and looming insolvency (let’s hugely expand it, exclaim the same people who said the same thing about Medicaid — straining that failing program even further, while redistributing precious resources away from the neediest Americans).

In order to fund a “Medicare for all” regime, a liberal think tank estimated that the federal government would need to spend more than $3 trillion every year over the next ten years.  As a point of reference, the federal government spent less than $4 trillion in 2016, and ran a deficit of $587 billion, even after the Obama tax increases “on the rich.”  Where would that ocean of necessary cash come from?  From the pockets of middle and working class Americans, that’s where.  And the tax hikes wouldn’t be modest; they’d be enormous.  How’s that going to poll?  Just ask Democrats in Vermont and California.  And how might voters react when they’re informed that single-payer systems result in severe government rationing to control costs, much longer wait times for care, and empirically worse health outcomes for patients?

The Left argues that government-run systems are better, more efficient, and cheaper.  They’re wrong, but if Obamacare is allowed to wither on the vine, liberals will move in for the kill.  They’ll advocate the destruction of the world’s most expensive, but also most successful and (crucially) most innovative healthcare system in the world, in favor of a mind-bogglingly expensive top-down scheme that even some European countries are moving away from, due to its vast and systemic flaws.  Here are two partial primers on where some pro-statism myths about the US system come from, which doesn’t even include a raft of data on wait lists and rationing:

Parting thought: On a fundamental level, based on the VA scandal and the Obamacare experience, why would anyone rationally conclude that the key to success is to hand total control of the healthcare system over to federal bureaucrats?