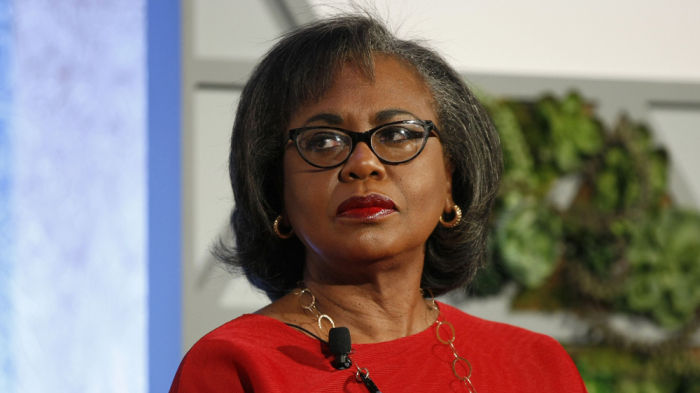 Anita Hill dismissed and rebutted credible allegations of sexual assault against former President Bill Clinton as his administration was subsumed by sex scandals, and urged women to support Clinton despite his alleged predations.

Hill became a feminist icon after she accused Justice Clarence Thomas of sexual harassment in 1991, and recently reemerged to wide acclaim as a prototype of the Me Too movement. Her bombshell testimony before the Senate Judiciary Committee during Thomas’ 1991 confirmation hearings secured her position in the national consciousness and spurred meaningful workplace discrimination reform. Thomas continues to deny the allegations in their every particular.

Now a professor at Brandeis University, Hill did not respond to The Daily Caller News Foundation’s requests for comment.

Seven years after Thomas’ confirmation, Hill appeared on “Meet the Press” in March 1998 to discuss allegations of sexual misconduct levied against President Clinton. The program was broadcast less than two months after news first broke of Clinton’s affair with Monica Lewinsky, a White House intern who became an administration staffer over the course of her liaisons with the president. The interview featured discussion of allegations brought against Clinton by Paula Jones and Kathleen Willey. Jones alleged that Clinton exposed himself to her in a hotel room during his tenure as governor of Arkansas and propositioned her for oral sex, while Willey claimed Clinton forcibly kissed her and thrust his hands on her breasts and genitals during a private encounter in the Oval Office.

“Meet the Press” host Tim Russert asked Hill about an opinion piece addressing the allegations written by Gloria Steinem, which appeared in The New York Times the day of the broadcast. The piece argues that Clinton is not expendable given his work advancing feminist positions, and that he abided by a consent-based sex ethic.

Hill responded favorably to the piece.

“I think Ms. Steinem also says that we have to look at the totality of the presidency and how has he been on women’s issues generally,” Hill explained. “Is he our best bet, not withstanding some behavior that we might dislike? And I don’t think that most women have come to the point where we have said, ‘Well, this is so bad that even if he is better on the bigger issues, we can’t have him as president.’”

The program’s cohost, Gwen Ifill, subsequently asked Hill if Jones’ allegations were a sufficient basis for her lawsuit against Clinton. Hill replied that Jones’ case was peculiar in several respects. The suit, for example, was not brought under Title VII of the 1964 Civil Rights Act, the usual legal vehicle for such claims. She then explained that, in her view, Jones failed to demonstrate that Clinton discriminated against her, a necessary element for a successful suit.

“I have a hard time finding any adverse ramifications for her, in terms of her employment, based on the alleged incident in the hotel room,” she added.

Jones, however, did make claims regarding adverse ramifications for her professional life. In her official declaration executed just eleven days before Hill’s “Meet the Press” interview, Jones said she was made to believe her refusal to perform sexual acts for Clinton would compromise her future employment. She said:

Clinton settled with Jones in November 1998 for $850,000, eight months after Hill’s “Meet the Press” interview.

As press accounts implicating powerful men in sexual misconduct continue to emerge, Hill appeared on “Meet the Press” again on Nov. 26 to discuss her own experience and the allegations made recently by other women.

During the course of the interview, she derided senators for political posturing during the hearings, and said the committee failed to treat her claims with requisite seriousness. She went on to say that she was not surprised by the deluge of stories which appeared in connection with the Me Too campaign, proof she said, that the country has not taken the abuse of women seriously.

“I am just shocked if we cannot look at [Me Too allegations] now and see that we have a widespread problem in this country,” she said.