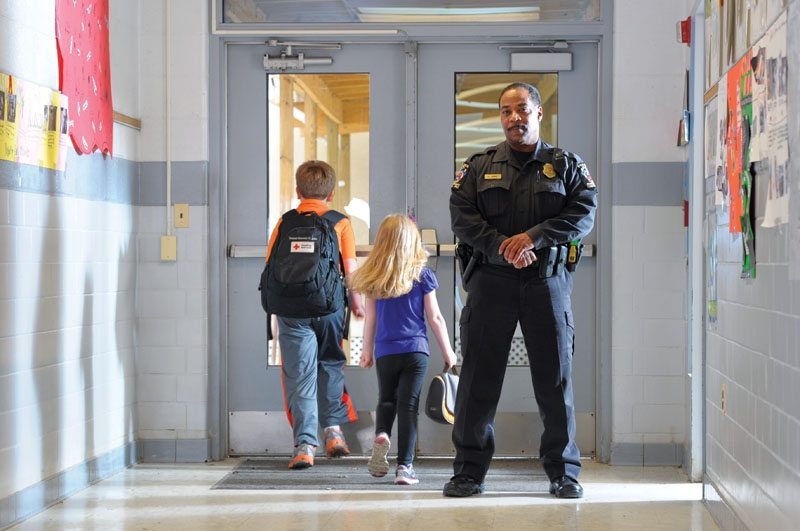 A Kansas public school district has angered parents because of the arming of the school’s resource officers. Shawnee Mission School District purchased high powered rifles in 2015 but it was only recently that parents learned about the purchase of high powered rifles.

The rifles have angered some parents that do not believe a bigger gun will make a difference in an active shooter situation. The school district has taken a lot of criticism because of the purchase took place during a time of tight budgets.

Many of the surrounding districts have paired with local law enforcement agencies and the officers are issued similar rifles. Shawnee Mission School District is different, their resource officers have been separate from the city’s police since 1972.

Parents that are getting upset over the arming of the resource officers may be upset but the presence of the rifles can be its own level of protection. Hopefully, the weapons are never used but they could save countless lives if the situation did arise. The parents that are upset about arming the resources officers should look at this as an added layer of protection for their children.

On the other hand, the parents that are upset that the rifles were purchased when the budget was tight and their tax dollars were spent on rifles without being included in the decision, may have a point. The safety of students should always be a school’s first goal but financial stability should be taken into considerations.

The rifles were reported to cost almost $6,000, which could be a significant amount of funding for a struggling district. Plus, the school should have consulted parents on the decision. The parents are the ones that are funding the school and should be able to see where their tax dollars are going.

Arming resource officers should not anger parents but should reassure parents that the school district care about their children’s security. Of course, this is only if the weapons are handled properly and access is limited to those with the proper training. By arming resource officers, they are making it clear that they are prepared for any situation and that could be what stops an active shooter.