” … the government should be absolutely neutral on religious matters.”

Militant atheists have moved beyond just protesting Nativity scenes at government buildings and are now suing to prevent clergymen from blessing homeless animals at a humane society.

According to NJ.com, the snowflake God-haters at American Atheists Inc. of Cranford, the guys who erect those charming anti-Christmas billboards every holiday season, are getting all hot and bothered by the annual blessing of the animals at the Bergen County Animal Shelter in New Jersey.

In a federal suit, the group claimed the Teterboro shelter’s event, where a Franciscan reverend blesses the animals, violates the First and Fourteenth Amendments.

“It seeks an injunction against the county’s participation, as well as legal fees. Bergen County, the shelter and its director, Deborah Yankow, are named in the suit,” reports NJ.com.

The Bergen County Animal Shelter posted to Facebook the alleged “unconstitutional” activity taking place on their premises. Behold what atheists are so afraid of: 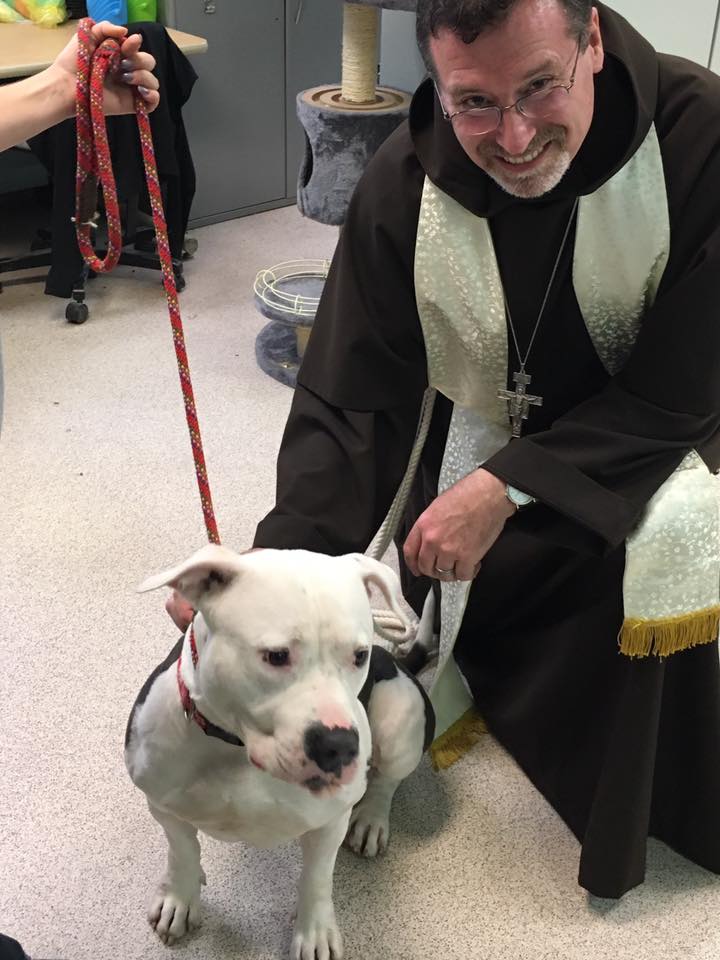 A plaintiff in the lawsuit, Candice Yaacobi, claims she left her visit to the shelter traumatized after being forced to witness a priest blessing homeless animals.

“As a humanist atheist, being forced into an encounter with a member of clergy in order to avail herself of government services sent Candice the message that the BCAS and Bergen County regarded her as inferior to those citizens who happened to adhere to the favored religious view,” the group wrote in its complaint.

“I’ve lived in New Jersey for more than 20 years,” he said. “When I walk into a government building to use government services, the government should be absolutely neutral on religious matters. Allowing a Franciscan friar to conduct religious services with staff is the antithesis of neutrality.”

“Not only were the shelter’s actions unconstitutional, they were completely unnecessary,” said Geoffrey T. Blackwell, staff attorney for American Atheists. “I thought it was well-settled that all dogs already go to heaven.”