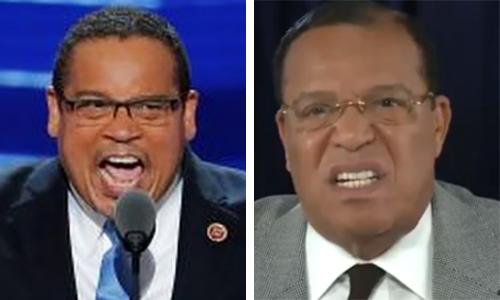 Nation of Islam leader Rev. Louis Farrakhan praised — called out — Democratic National Committee Deputy Chairman Keith Ellison at his Saviors’ Day 2018 Address on Sunday during a racist screed in which he also proclaimed “the powerful Jews are my enemy,” and “white folks are going down.”

Ellison, the first Muslim elected to Congress, admitted to working for the Nation of Islam for over a year to help with the 1995 Million Man March, but has repeatedly promised the public he cut ties with the hate group since he was elected to represent Minnesota’s 5th district in 2006.