Seven DACA recipients and one American activist that have been jailed since a Friday evening sit-in at Senator Chuck Schumer and Representative Carlos Curbelo’s offices are now on hunger strike  — including Senator Bernie Sanders’ former press secretary Erika Andiola. 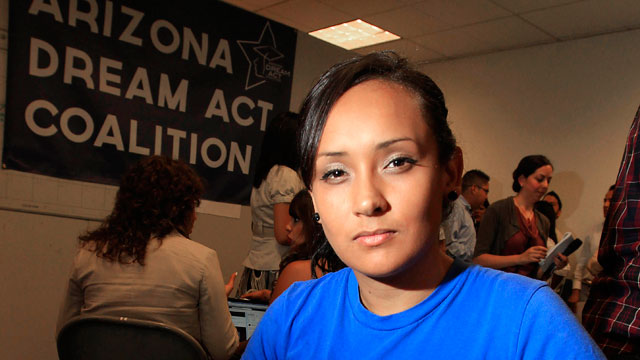 Andiola and the seven other arrestees are refusing to cooperate with law enforcement, including providing their names and fingerprints, until Senator Schumer and Representative Curbelo “publicly confirm they have the votes to block any spending bill without a Clean DREAM Act,” Jezebel reports.

“I am refusing to cooperate and will remain in jail at risk of deportation (along with 6 other Dreamers & 1 ally) until he meets this demand. Please help me by sharing this story & organizing a solidarity vigil,” a post on Andiola’s Facebook […]