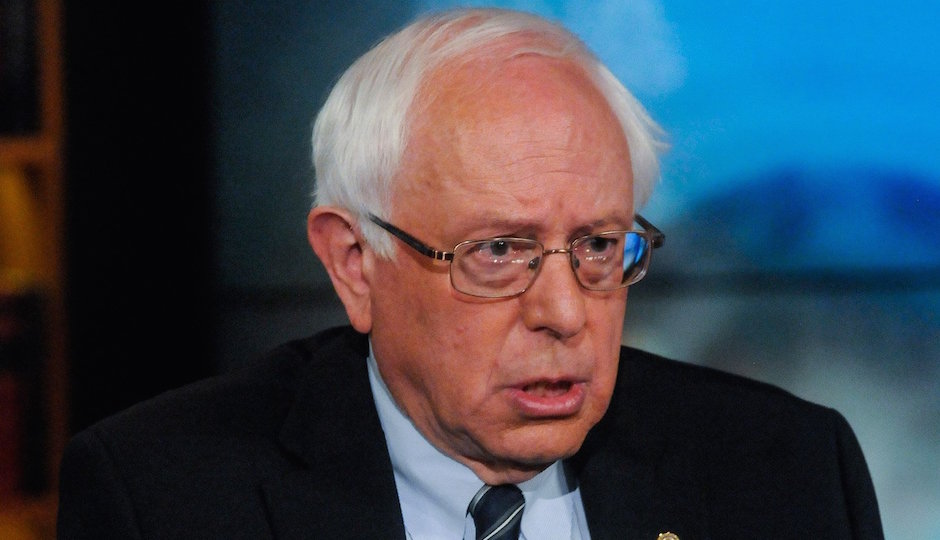 For those of us in the business of writing, the Twitter feed of Bernie Sanders is the gift that keeps on giving.

Everything from elementary economics to climate science to law, Bernie can’t seem to figure it out.

Try to sit back and enjoy the top ten dumbest Bernie Sanders tweets (that we included). Try not to get depressed over the amount of likes and retweets each has. 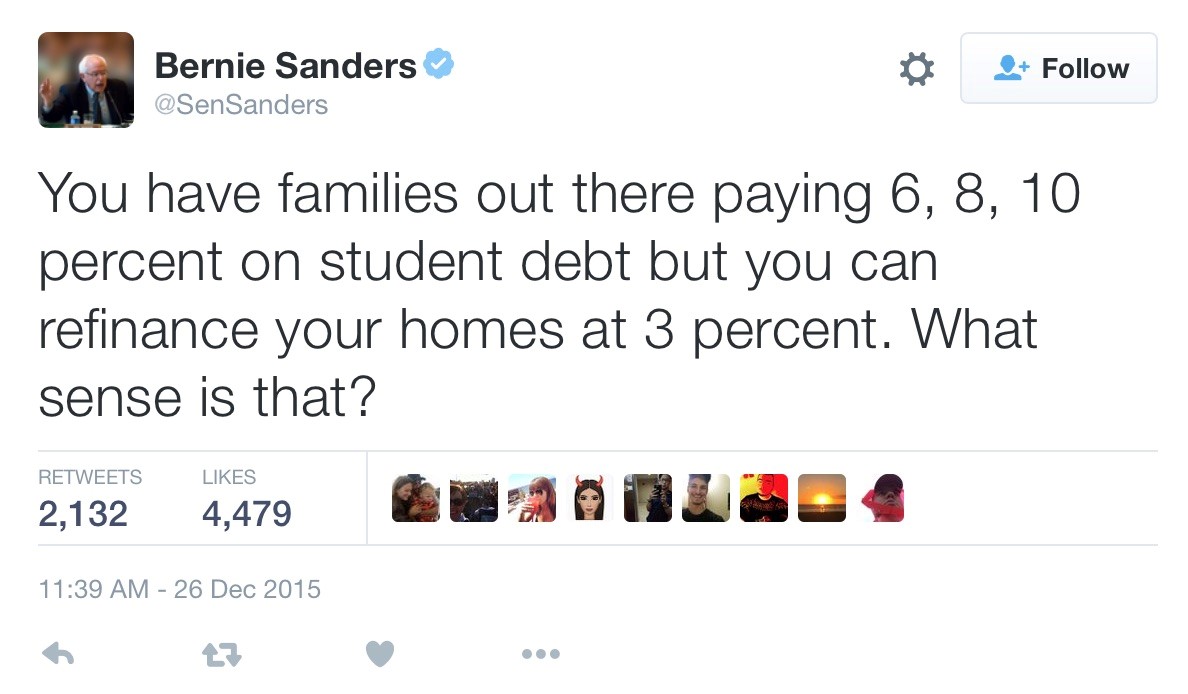 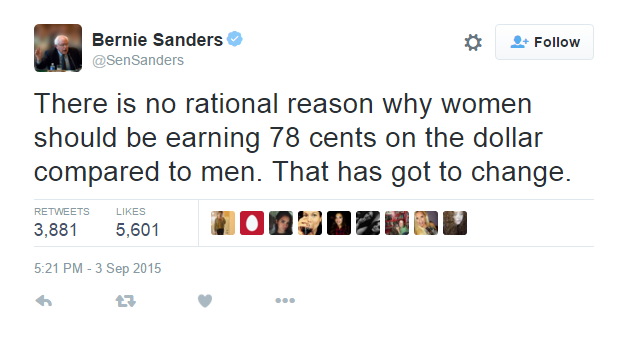 No rational reason at all. Aside from the fact that men work more hours (and overtime hours), choose higher paying college majors, don’t need to take time out of the labor force for childbirth, and work more dangerous jobs.

One paper prepared for and presented to the Bureau of Labor Statistics concluded that “…the differences in the compensation of men and women are the result of a multitude of factors and that the raw wage gap should not be used as the basis to justify corrective action. Indeed, there may be nothing to correct. The differences in raw wages may be almost entirely the result of the individual choices being made by both male and female workers.”

Bernie wants a $15 an hour minimum wage. Wal-Mart’s average full time hourly wage will be $13.38 an hour after their next round of pay increases. How dare Wal-Mart only pay $1.62 less than his absurdly high minimum wage!

I’ll also never understand the logic that low paying employers whose employees are on welfare are exploiting taxpayers. Someone earning $7.25 an hour flipping burgers is going to be taking much less public assistance than if they had no job at all.

Bernie is relying upon a frequently cited Uniceff report for this statistic.

The report classifies child poverty as the percentage of children living in homes earning less than 60% of median income in that country.

As Tim Worstall at Forbes accurately observes, the study measures inequality, not poverty. 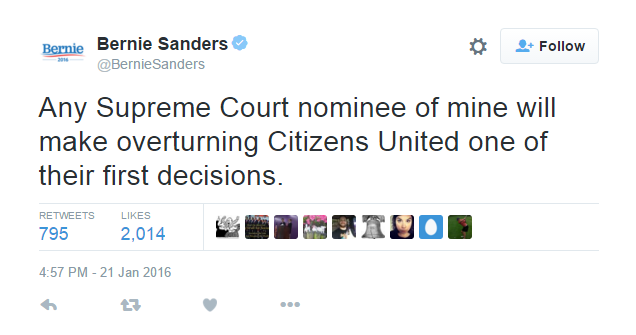 Even ThinkProgress had to criticize Bernie for the tweet, writing “The problem with this tweet, however, is that it betrays a serious misunderstanding of how the Supreme Court operates. Unlike a legislature, which is free to take up or ignore particular issues at their leisure, court cases must clear numerous procedural hoops before they are decided, and this is doubly true for the Supreme Court of the United States. In reality, it would be nearly impossible for Sanders’s nominee to ensure that any particular case was “one of their first decisions.”

4. China Has Got Us Beat 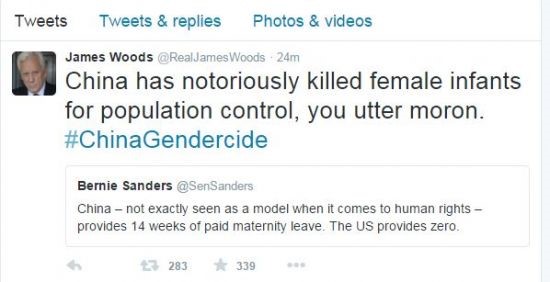 No comment needed for this one, James Woods said more than I could’ve.

3. The College to Prison Pipeline 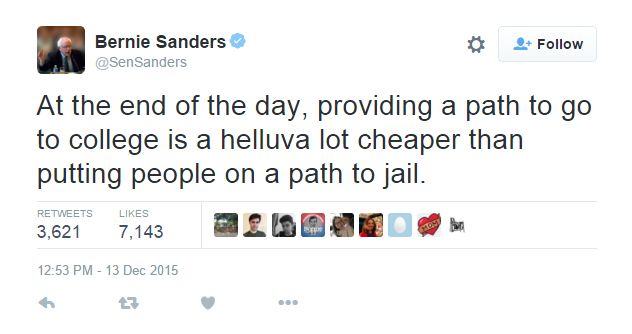 Nationally, nearly 70% of male prisoners lack even a high school diploma. We’re going to have to get them to graduate high school before we can even start thinking about “free” college as a crime reduction plan.

Right now a billionaire receives the same amount of money from Social Security as someone who makes $118,500 a year. 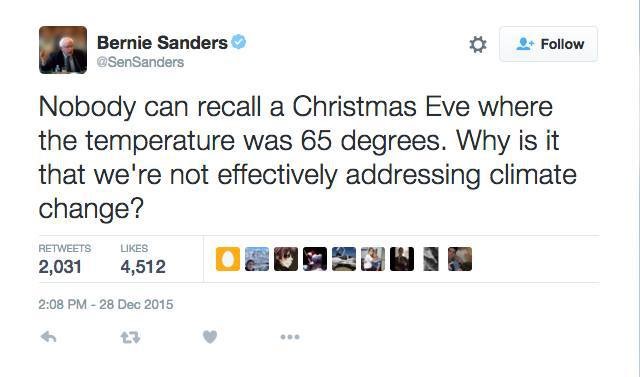 If by “nobody” you mean this guy:

And they say conservatives are the anti-science ones.