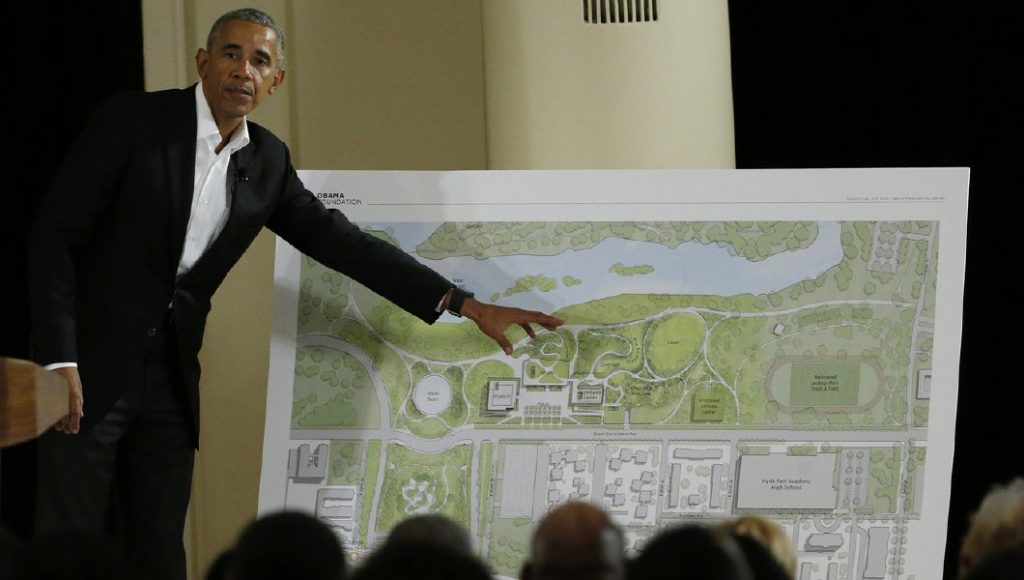 What goes around comes around for the community organizer who became POTUS.  Most embarrassingly, the dispute that caused an Alinsky-esque assault on black politicians was over the division of spoils among the black community itself.

An attempt by some African-American Chicago aldermen to publicly praise Obama Presidential Center designers for hiring minority contractors ran into shouts of “Shame on you!” by a group that wants a community benefits agreement to protect residents living near Jackson Park.

The dueling news conferences Wednesday by the City Council Black Caucus and activists came after the Obama foundation announced this month that a collective of five construction firms – most of them African-American[-]owned – had been hired to manage the construction of the center.