Published by the American Mirror 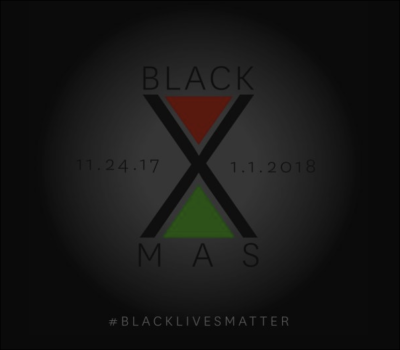 “We say ‘white capitalism’ because it’s important that we understand that the economic system and the racial structures are connected,” she said. “We have to not only disrupt the systems of policing that literally kill our people, but we have to disrupt the white supremacist, capitalistic, patriarchal, heteronormative system that is really the root cause of these police killings.”

“Black Lives Matter and other organizations build a strong critique and understanding of racism and white supremacy and sexism and homophobia, transphobia, but we have to have as much hatred or vitriol against capitalism,” Ratcliff explained. “Until we start to see capitalism just as nefarious as white supremacy, we will always be struggle.”

The solution, apparently, is to segregate society to create a communist style system.

“We are socialized to believe that the answer to white oppression is black capitalism,” Abdullah said.

“In order to get free as a collective, we have to think collectively,” Abdullah said. “It’s not enough for one person to draw profit because that also drains community. It needs to be structured around this idea of collective uplift.”

“Donald Trump embodies White capitalism,” the website reads. “If you are anti-Trump, you should hold back your resources from him and the like.”

The #BlackLivesMatter-LA Twitter page has spent the days since its announcement warring with folks online, many black, who think the whole thing is racist, and a bad idea.

We’re dreaming of a #BlackXmas…where folks withhold dollars from White capitalism and use resources to #BuildBlackCommunity. Instead of spending, DONATE to a Black organization as a holiday gift for your loved ones or #BuyBlack. Go to https://t.co/klHABpJaeu for more.

“We’re dreaming of a #BlackXmas … where folks withhold dollars from White capitalism and use resources to #BuildBlackCommunity,” the group posted. “Instead of spending, DONATE to a Black organization as a holiday gift for your loved ones or #BuyBlack.”

“Look, people gotta do what they gotta do, but this sure looks a whole lot like segregation to me,” user “Jam” wrote. “I got a mixed family. West. Euro. African, Sicilian (the worst LOL) we just don’t fit in to your exclusive club.”

“Problematic how White folks like to accuse Black people of segregation when White folks CHOOSE to shop almost exclusively with White businesses, live in White neighborhoods and go to White school, then use their power to devalue Black spaces,” #BlackLivesMatter-LA shot back.