Last week Big League Politics exposed how former President Barack Obama was in negotiations with Netflix to have his own show, along with his wife, Michelle. In response, Trump supporters have begun boycotting Netflix resulting in their stock dropping in price two days in row. 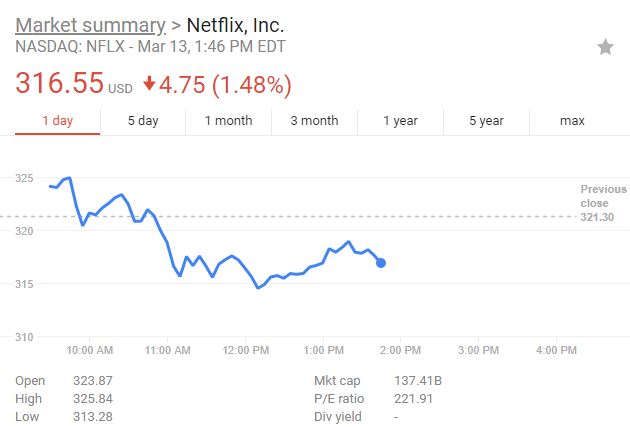 Yesterday, their stock dropped 3% in value, and today, it is continuing that trend. It may not seem like much, but for a stock that has been rising dramatically for over three months, with very few days bringing drops in value, it is clear that something has killed their momentum.

It doesn’t seem like coincidence that the drop began just after Trump supporters began boycotting Netflix. Some people have been announcing that they have unsubscribed from Netflix, using the hashtag #BoycottNetflix.