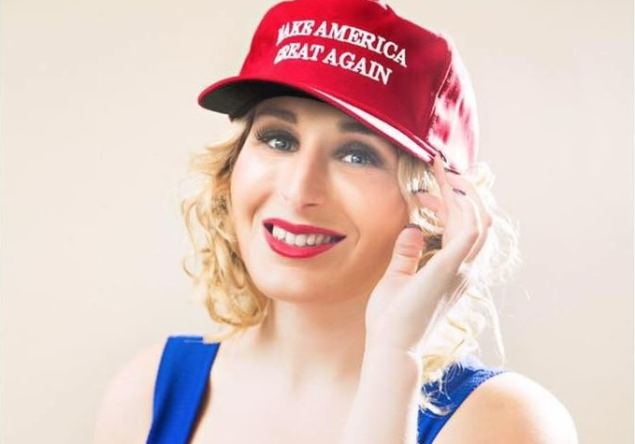 Here is the notification Loomer received and the post she wrote: 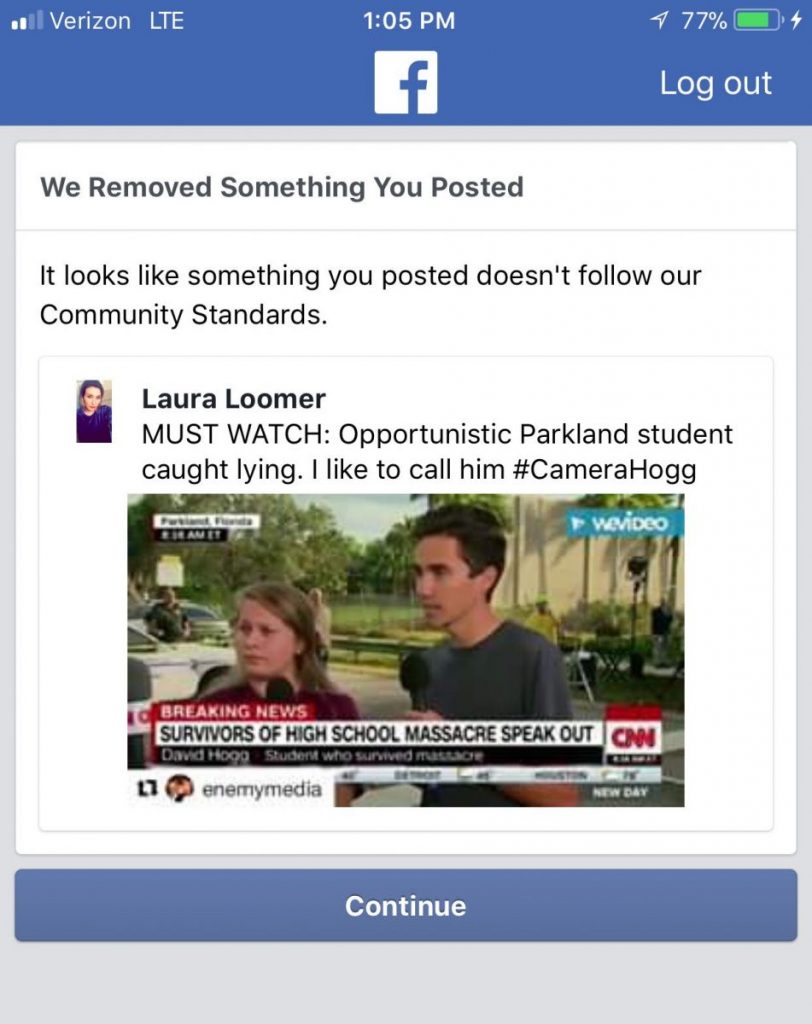 “Everything in my post was factual. These interviews compiled together show that David Hogg…is lying during his interviews,” Loomer said in a statement.

Trending: Mother of Exploited Shooting Survivor Turns Out to Be A CNN VIP & Anti-Trump Activist

“If you watch the video, he says his sister lost 4 friends, 3 friends, and then 2 friends during the school shooting, which reveals a flaw in his narrative and suggests he isn’t telling the truth,” Loomer stated.

Loomer criticized Hogg for, in her view, not “holding the FBI and Broward County Sheriff’s office accountable.”

“I find it ridiculous how Facebook allows for liberals to post egregious and profane threats and comments about conservatives, but if you’re a conservative you’re not allowed to post a fact or point out truth without being censored,” Loomer said.

“By censoring truth and fact, liberal social media companies like Facebook are making it a crime to criticize or post counter arguments against liberals,” Loomer stated.

Activists pressure Congress and President Trump to enact a ban on AR-15 rifles, while Trump has so far called for expanded background checks and a ban on bump stock equipment.