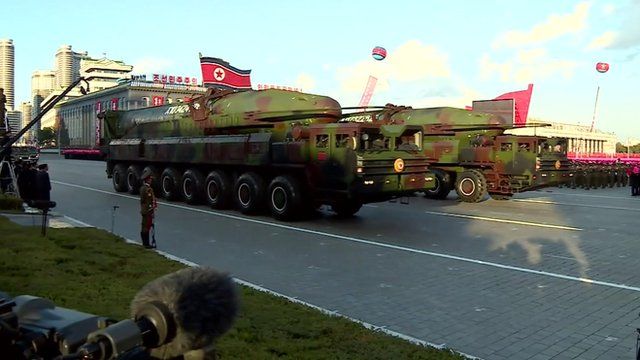 The new analysis completed last month by the Defense Intelligence Agency comes on the heels of another intelligence assessment that sharply raises the official estimate for the total number of bombs in the communist country’s atomic arsenal. The U.S. calculated last month that up to 60 nuclear weapons are now controlled by North Korean leader Kim Jong Un. Some independent experts believe the number of bombs is much smaller.

The findings are likely to deepen concerns about an evolving North Korean military threat that appears to be advancing far more rapidly than many experts had predicted. U.S. officials last month concluded that Pyongyang is also outpacing expectations in its effort to build an intercontinental ballistic missile capable of striking cities on the American mainland.

While more than a decade has passed since North Korea’s first nuclear detonation, many analysts believed it would be years before the country’s weapons scientists could design a compact warhead that could be delivered by missile to distant targets. But the new assessment, a summary document dated July 28, concludes that this critical milestone has already been reached.

“The IC [intelligence community] assesses North Korea has produced nuclear weapons for ballistic missile delivery, to include delivery by ICBM-class missiles,” the assessment states, in an excerpt read to The Washington Post. The assessment’s broad conclusions were verified by two U.S. officials familiar with the document. It is not yet known whether the reclusive regime has successfully tested the smaller design, although North Korean officially last year claimed to have done so.