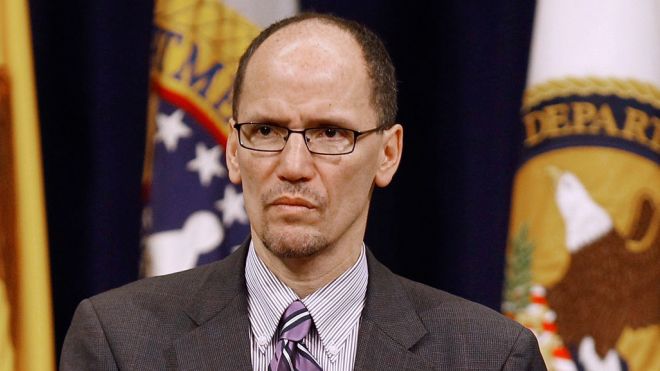 Under the leadership of former Obama official Tom Perez, a new FEC report reveals the DNC finished the month of June $3.3 million in debt.

3. This committee HAS qualified as a multicandidate committee (see FEC Form 1M)

The month of May wasn’t any better for the DNC, which reported $1.9 million in debt.

DNC Chair Tom Perez recently sent out a fundraising email to supporters claiming, “I know garbage when I see it,” citing that he once worked on a dump truck. It’s ironic that he referred to the GOP health care bill as a “flaming dumpster fire” because he has been presiding over the disaster that is the Democratic National Committee. The organization reported that May 2017 was its worst fundraising month since the Iraq War in 2003, and April 2017 was its worst fundraising month since 2009. In May, the DNC also reported that it has $1.9 million in debt. Despite the fact that former Secretary of Labor Tom Perez was recruited by Barack Obama to appease the party’s donors, lobbyists and PACs, even they have refused to prop up the failing brand.

Not approving of the strategies laid out at a retreat for donors in January 2017, billionaires Mark Pincus and Reid Hoffman started their own political organization, Win the Future. As donors are increasingly tired of seeing their investments go to waste, many have started their own funds or used their access to take over leadership positions themselves—such as Florida billionaire donor Stephen Bittel did to become the Florida Democratic Party chair earlier this year. Democratic billionaire J.B. Pritzker is running for governor of Illinois, and billionaire Tom Steyer is debating running for governor of California. Haim Saban and James Simons poured millions into Hillary Clinton’s presidential campaign, but they have yet to be listed by the FEC as DNC donors in 2017. Additionally, George Soros has only given $33,900 to the DNC in 2017, but he poured millions of dollars into the Democratic Party in 2016.

In contrast, the RNC is on an amazing financial run, having raised a whopping $13.4 million in June.

According to The Hill:

In a release provided first to The Hill, the RNC announced another strong monthly haul and has $44.7 million in the bank. It’s the most the RNC has raised in June of a nonpresidential year.

RNC Chairwoman Ronna Romney McDaniel credited the record fundraising to the committee’s “loyal network of grassroots donors” due to their support for President Trump and the GOP’s agenda.

“Because of the generous contributions, the RNC will continue to promote conservative values while bolstering our efforts to support, defend, and elect more Republicans,” McDaniel said in a statement.