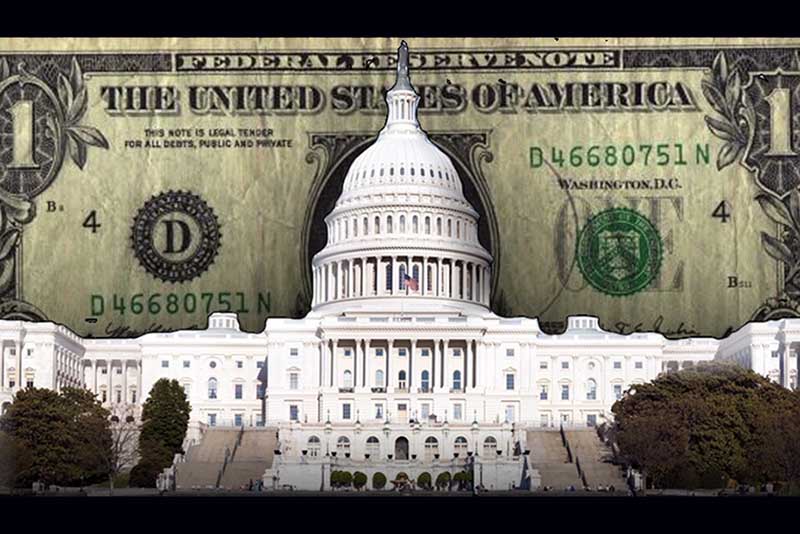 Last week, Congress passed a continuing resolution that will keep the federal government funded through March 23.

This is the fifth continuing resolution of the fiscal year—a sixth may be needed before March 23, since both parties have agreed to begin debate on an immigration bill this week.

But as bad as the decision to continue funding the government through unamended short-term autopilot bills is, the two-year budget cap deal that passed along with the continuing resolution is even worse.

With the continuing resolution, Congress agreed to fund specific government programs at specific levels only through March 23. The larger budget deal set overall spending levels for two years. The breakdown of spending on specific programs after March 23 will be decided in future funding decisions.

But no matter how Congress divvies up the budget in the months ahead, the budget deal guaranteed that the end result will blow the top off the nation’s already rising debt.

According to the Committee for a Responsible Federal Budget, the spending increases in the budget deal will drive next year’s budget deficit to almost $1.2 trillion, a level not seen since the beginning of President Barack Obama’s failed stimulus program.

This is a complete betrayal of everything limited-government conservatives fought for during Obama’s presidency.

It also is a betrayal of the limited-government vision the Trump administration outlined in its fiscal year 2018 budget. That document called for a $1.4 trillion reduction in discretionary spending over the next 10 years. By contrast, this bill sets up a path to dramatically increase discretionary spending.

But that’s not all. The bill also threw in more than $17 billion in tax loopholes to special interests, including tax rebates for rum producers in Puerto Rico, accelerated depreciation for racehorse investors, special expensing provisions for Hollywood producers, and tax subsidies for electric vehicles.

If you hoped that this budget deal would create the possibility for welfare or spending reform, I have bad news for you. By setting spending levels for the next two years, the deal has made passage of a budget resolution this year extremely unlikely.

It is unclear what the Senate will do legislatively between now and the November elections. What should be clear to limited-government conservatives is that they have been completely abandoned by the Republican Congress.