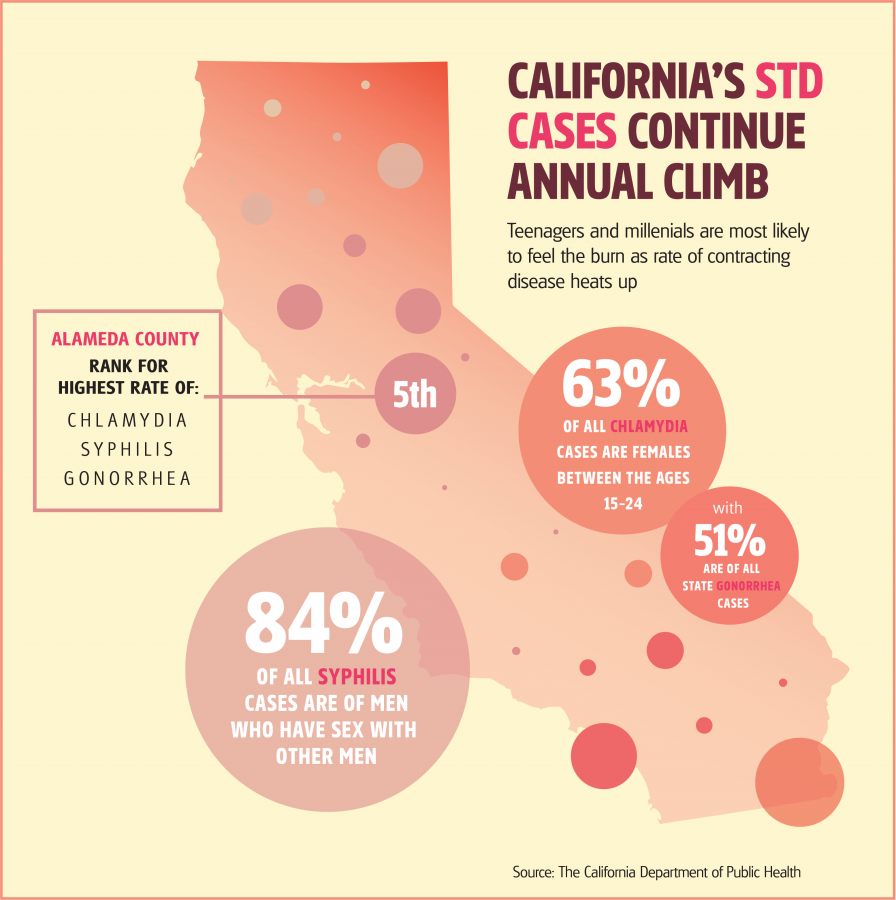 A new report from the California Department of Public Health shows that one of the most left-wing states in the union earned the #1 spot in the race for most cases of chlamydia, gonorrhea, syphilis, and congenital syphilis in 2016. Whether that unenviable ranking had anything to do with the proliferation of SlutWalks in the state is unclear.

“Bacterial STD rates (chlamydia, gonorrhea, and syphilis) in California ‘significantly increased’ in 2016, with over a quarter million cases reported during the course of the year,” reports LAIST. “This marks a 40% increase compared to five years ago, according to the CDPH, which characterized the 2016 data as marking an ‘all-time high” for the state.'”

“The number of reported STDs in California is increasing at a concerning rate,” she said in a statement. “This is the third year in a row that we have seen increases in chlamydia, gonorrhea and syphilis.”

Though the bacterial diseases can be cured with antibiotics, they can lead to lifelong health issues related to reproduction if untreated. The CDPH’s big cure-all for this is of course more condom use while encouraging sexually active individuals to get tested every three months.

Four demographics — young people, African Americans, and gay and bisexual men — were among those most affected. All are considered vulnerable populations that are “at higher risk for related serious health outcomes such as HIV infection, infertility, ocular and neurosyphilis, and multi-drug resistant gonorrhea,” according to the CDPH.

The Los Angeles County Department of Public Health said in a statement Tuesday that it will seek to address the rise in STDs among these various communities and “will be working closely with clinical providers to increase access to testing, reduce barriers to screening and treatment, and support provider training where appropriate.” LAIST profiled the rates of STDs in Los Angeles County alone:

The LA Condom program, which has distributed more than 12 million condoms across 600 sites over the last several years, also offers free condoms at locations across the county (find one near you here). If you live in L.A. County, they will also literally mail you 10 free condoms if you fill out this form.

By the way, in case you were itching to participate, the 3rd Annual “Amber Rose SlutWalk” will be returning to Los Angeles on Sunday, October 1.