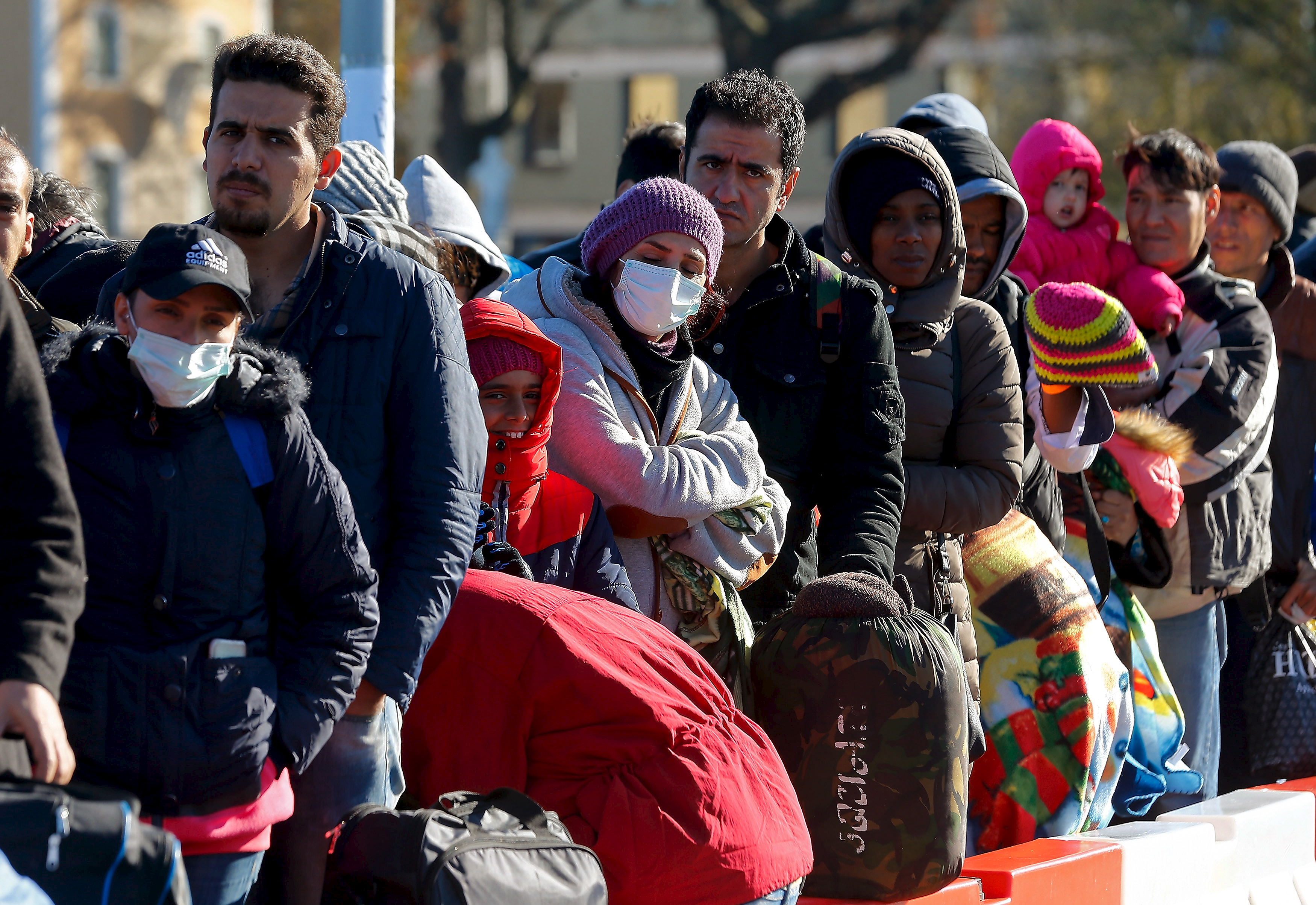 The State Department has confirmed that as of Wednesday the number of refugees resettled in the United States in FY 2017 has reached the 50,000 annual limit established by President Trump in Executive Order 13780.

Unless U.S. District Judge Derrick Watson, who is currently considering yet another challenge to the Executive Order from the state of Hawaii, intervenes before 9:00 a.m. eastern on Thursday, the Trump administration will only allow refugees who have a “bona fide family relationship” with a resident of the United States, as it defines the term, to be resettled in the United States for the balance of FY 2017, which ends on September 30.

“The State Department announced Wednesday that the country had hit its cap of 50,000 refugee admissions for the fiscal year,” The Los Angeles Times reported Wednesday afternoon.

As of 5:00 p.m. eastern on Wednesday, a total of 50,086 refugees have been resettled in the United States in FY 2017, according to the State Department’s interactive website, an increase of 160 from Tuesday, when 49, 926 had been relocated.

On Tuesday, a State Department spokesperson told “KPCC by email that refugees scheduled to travel to the U.S. will be allowed in until the end of Wednesday.”

“[B]eginning July 13, only those individuals who have a credible claim to a bona fide relationship with a person or entity in the United States will be eligible for admission through the U.S. Refugee Admissions Program,” the State Department spokesperson said in the email to KPCC.

The spokesperson’s statement is consistent with the State Department’s guidelines announced in a statement on June 30.

The Supreme Court’s order in Trump v. International Refugee Assistance Project, No. 16-1436 (June 26, 2017) provides that Sections 6(a) and 6(b) of Executive Order 13780 “may not be enforced against an individual seeking admission as a refugee who can credibly claim a bona fide relationship with a person or entity in the United States.” As stated in the Supreme Court’s order “for individuals, a close familial relationship is required. … As for entities, the relationship must be formal, documented and formed in the ordinary course, rather than for the purpose of evading [the Order],” that statement began:

Upon advice of our legal counsel, we are providing the following guidance.

A refugee who has one of the following relationships with a person already in the United States will be considered to have a credible claim to a bona fide relationship with a person in the United States upon presentation of sufficient documentation or other verifiable information supporting that claim: a parent (including parent-in-law), spouse, fiancé, fiancée, child, adult son or daughter, son-in-law, daughter-in-law, sibling, whether whole or half. This includes step relationships. The following relationships do not qualify: grandparents, grandchildren, aunts, uncles, nieces, nephews, cousins, brothers-in-law and sisters-in-law, and any other “extended” family members.

FY 2017 marks the first time in the history of the federal refugee resettlement program that an annual ceiling established by a president has been exceeded, Refugee Resettlement Watch reports.

Pending litigation filed by the state of Hawaii adds an element of uncertainty to how reaching the 50,000 ceiling will impact the flow of refugees into the United State for the remaining two and a half months of FY 2017.

If the Trump administration implements its narrower definition of “bona fide relationship,” as is expected on Thursday morning, the number of refugees admitted is likely to decline dramatically.

But Judge Watson, the federal judge whose March 15 temporary restraining order and March 29 preliminary injuction halted the temporary travel ban, temporary refugee ban, and refugee ceiling components of Executive Order 13780 that led to the Supreme Court’s June 26 decision, could change all that if he renders a decision on a motion currently before him filed by the state of Hawaii.

In its motion, filed late Friday, the state of Hawaii argued that “The Government has announced that it is implementing, and that it intends to continue implementing, Executive Order 13780 in a manner that conflicts with the portions of this Court’s preliminary injunction that were not stayed by the Supreme Court’s June 26, 2017 ruling.”

Plaintiffs therefore request that the Court issue an Order enforcing or modifying its preliminary injunction to reflect that:

(1) the injunction bars the Government from implementing the Executive Order against grandparents, grandchildren, brothers-in-law, sisters-in-law, aunts, uncles, nieces, nephews, and cousins of persons in the United States;

(2) the injunction prohibits the Government from applying sections 6(a) and 6(b) to exclude refugees who: (i) have a formal assurance from a resettlement agency within the United States (ii) have a bona fide client relationship with a U.S. legal services organization; or (iii) are in the U.S. Refugee Admissions Program (“USRAP”) through the Iraqi Direct Access Program for “U.S.-affiliated Iraqis,” the Central American Minors Program, or the Lautenberg Program;

(4) the preliminary injunction prohibits the Government from applying a presumption that an applicant lacks “a bona fide relationship with a person or entity in the United States.”

On Monday, fourteen “blue” states, the District of Columbia, and the state of Iowa filed a friend-of-the-court brief supporting Hawaii’s claim.

Both the Department of Justice and the plaintiffs had until Wednesday to file all their arguments on the motion to Judge Watson, who could render his decision at any time.