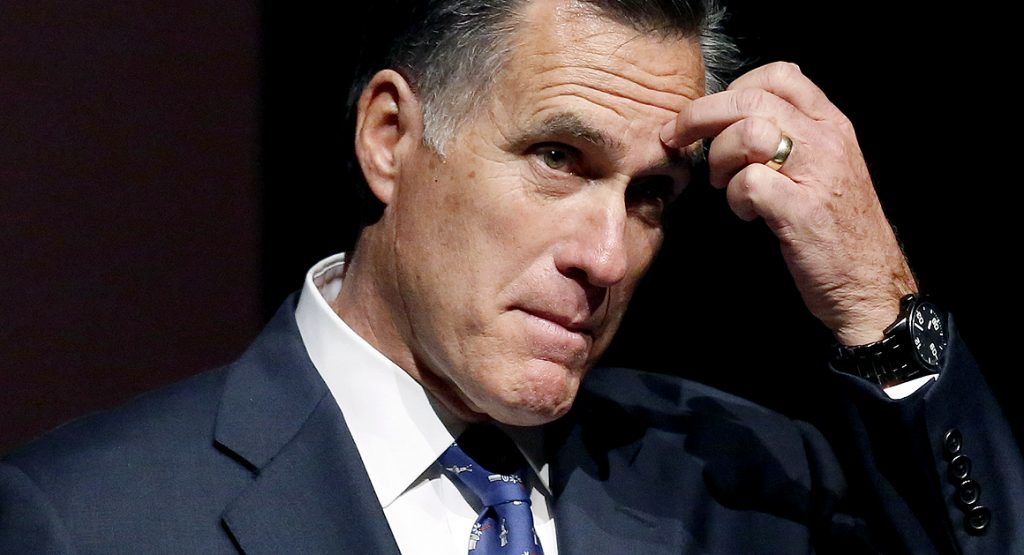 Staff for Sen. Orrin Hatch (R-UT) are not outright denying a new report from The Atlantic magazine that Hatch, another ally of Senate Majority Leader Mitch McConnell, plans to retire at the end of his current term—another death blow for the failing Senate Majority Leader.
The headline of the latest piece in The Atlantic from McKay Coppins is: “Orrin Hatch Tells Friends He Plans to Retire.”

In the opening sentences, Coppins writes that “has privately told allies in Utah that he is planning to retire at the end of his term next year.”

Hatch’s spokesman did not outright deny the report, he just said that the McConnell ally is not willing to make his plans public yet.

“Nothing has changed since The Atlantic published a carbon copy of this same story in April, likely with the same anonymous sources who were no more informed on the Senator’s thinking than they seem to be now,” Hatch’s spokesman Dave Hansen said. “Senator Hatch is focused on leading the Senate’s efforts to pass historic tax reform, confirming strong judges to courts around the country, and continuing to fight through the gridlock to deliver results for Utah. He has not made a final decision about whether or not to seek reelection, but plans to by the end of the year.”

Coppins added in the next sentence this gem regarding his communications with Hatch’s spokesman: “He declined to comment on what Hatch has told allies in private.”

Hatch, the chairman of the Senate Finance Committee, is intricately involved in the tax reform push in Congress right now. McConnell failing to control his own members, and losing his lead senator on tax reform, imperils yet another key part of President Donald Trump’s agenda after McConnell failed multiple times to pass out of his chamber the repeal of Obamacare.

The only problem I have with Mitch McConnell is that, after hearing Repeal & Replace for 7 years, he failed!That should NEVER have happened!

Losing Hatch could see McConnell fail on tax reform just as badly–if not worse–than when he failed on Obamacare. And if Hatch does follow through on his plans to retire, it would be yet another serious political setback for McConnell. McConnell has already lost at least three incumbent GOP senators this year–and is likely to lose more. Sens. Jeff Flake (R-AZ) and Bob Corker (R-TN) announced plans to retire to avoid messy primaries they were all but certain to lose, and appointed incumbent Sen. Luther Strange (R-AL) lost a GOP primary runoff in Alabama on Sept. 26 to conservative Judge Roy Moore in the special election for the seat vacated by now Attorney General Jeff Sessions. Other establishment-backed incumbents like Sens. Dean Heller (R-NV), John Barrasso (R-WY), and Roger Wicker (R-MS) are under serious fire in their own states right now, as is Hatch. All of this comes as McConnell’s approval ratings among Republican voters nationwide tank, with a solid majority wanting him to be replaced given the fact he has failed to help President Donald Trump implement his agenda.

Another interesting part of Coppins’ story is how assuming Hatch does follow through with his plans to retire, the establishment is attempting to rig the primary in 2018 to shove carpetbagger Mitt Romney into the U.S. Senate seat. Romney, the former governor of Massachusetts, somehow thinks—per Coppins’ report—he can just move to Utah and get elected there.

If Hatch does retire, Coppins writes, “Mitt Romney intends to run for his seat.” Coppins cited five sources with knowledge of the situation to report his piece, though Romney’s spokesperson refused to comment.

“Sources close to both men said plans have already been set in motion for Hatch to retire and for Romney to run, but they cautioned that the timing of the announcements has not yet been finalized, and that either man could still change his mind,” Coppins wrote. “They spoke on condition of anonymity, because the plans are not yet public, and the subject is sensitive to Hatch. Already, though, the expected developments are reshaping the state’s political landscape.”

Coppins cited Utah World Trade Center CEO Derek Miller as saying that he has heard that the Romney plans to run for Senate—and Hatch plans to retire—are a “done deal.”

“If Romney runs, I will fully support him,” Miller said.

Coppins continued in his report:

As The Atlantic first reported in April, Romney began exploring a Senate bid earlier this year—privately discussing the prospect with advisers, friends, and Senate Majority Leader Mitch McConnell, who subsequently confirmed the conversations to reporters. Romney, who owns a home near Salt Lake City and enjoys widespread popularity in the state as the first Mormon to have won a major-party presidential nomination, has made clear he will not run unless Hatch decides to bow out.

Republicans in Utah have been quietly working behind the scenes all year to convince Hatch—who, at 83 years old, is the longest-serving Republican Senator in Washington—that it’s time to bring his career to an end. Polls show a large majority of Utahns want him to retire, and he appears extraordinarily vulnerable to a primary challenge. Some GOP leaders in Utah worry that he will lose to an unpredictable insurgent candidate with few ties to the party establishment.

If Romney does end up running after Hatch bows out as expected, Utah is likely to become the site of one of the most vicious GOP senatorial primaries in history. That is because Romney’s carpet-bagging—and all his establishment ties and financial dealings and more—will become a center-stage issue, and Romney will face a meat-grinding from the right unlike anything he has ever felt before. Romney, a top Never Trumper who in 2016 vociferously attacked Trump toward the end of the GOP primaries and consistently tried to undermine the president all the way through the general election, will face a new, more sophisticated, more organized conservative movement unlike anything he faced when he ran for president in 2012. Romney tried to make nice with Trump after the election when Trump trounced Democrat Hillary Rodham Clinton, but most conservatives and Republicans party-wide do not forgive Romney for his transgressions against the party.

What’s more, as Coppins noted and Politico previously reported, Boyd Matheson—the former chief of staff to Sen. Mike Lee (R-UT) who now runs a conservative think tank—is likely to run. President Trump’s general election deputy campaign manager Dave Bossie—the president of Citizens United—is quoted as saying Matheson will have the full backing of conservatives in Utah and nationally, something Romney will not enjoy this time around if he is willing to throw his name in the ring.

“He is going to be the consensus conservative candidate among all the outside groups and will have a lot of the financial support that’s out there,” Bossie said of Matheson in Utah.

Romney’s allies, Coppins reported, have been trying to clear the way to rig the election for him in Utah.

“In an effort to incentivize Hatch to retire, several influential Republican donors—including Spencer Zwick, the former finance chairman for Romney’s presidential campaign—have been working to raise money for a library or institute in Hatch’s name, and sources say the project is on track to receive the necessary funding,” Coppins wrote. “People close to Hatch say he has held off on announcing his plans to retire because he does not want to become a lame duck at a time when Republicans—who control both chambers of Congress and the White House—are better positioned than they have been in years to achieve major legislative gains. A source in Hatch’s office said he is especially motivated to pass tax reform, and doesn’t want to talk about his future until that process is complete. (The source did not confirm that Hatch is planning to retire.)”

All of this comes as new polling over in Nevada shows insurgent anti-establishment challenger Danny Tarkanian surging past Heller with a solid lead outside the margin of error in polling, spelling more and more trouble for Mitch McConnell.