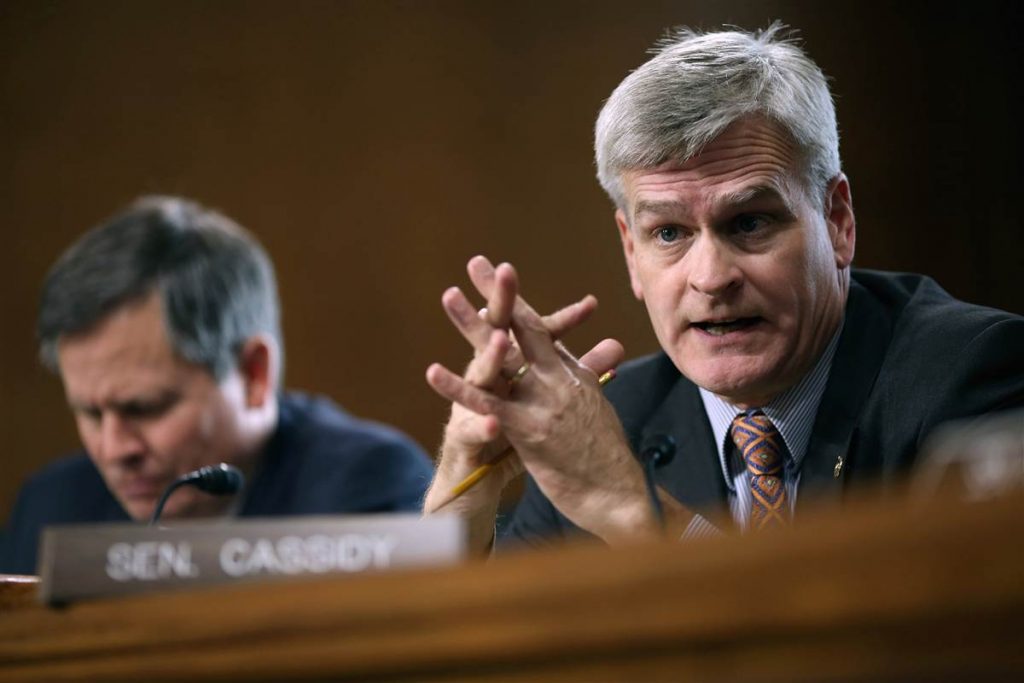 “I am pretty confident we’ll get there on the Republican side,” Cassidy told reporters on Friday. “We’re probably at 48-49 and talking to two or three more.”

While that may seem within reach, three Republican lawmakers were all that stood in the way of passing the last repeal and replace effort in July, when Sens. John McCain, Susan Collins, and Lisa Murkowski voted no.

Sen. Rand Paul has already said he will oppose the measure because it keeps too much of Obamacare intact.

“Why continue putting out bills breaking our promise to repeal.?” he tweeted. “#GrahamCassidy redistributes, doesn’t repeal. It is more Obamacare Lite!”

Why continue putting out bills breaking our promise to repeal.? #GrahamCassidy redistributes, doesn't repeal. It is more Obamacare Lite!

As Guy explained in his post on Friday, Republicans don’t have much time to pass it.

Remember, the reason that this final push is so time-sensitive is that Senate Republicans’ reconciliation authority — allowing them to uproot and supplant much of Obamacare with a simple majority — expires at the end of this month.  If that opportunity sunsets, it’ll represent a frustrating abdication, as the GOP’s rare second bite at reconciliation within a single calendar year is already earmarked for tax reform.

Cassidy said he will try again if the legislation fails to pass by Sept. 30, but he remains optimistic in the meantime.

But he pointed to a closed-door Senate GOP lunch on Thursday as a positive sign. He said after an informal discussion of the bill, Sen. Roger Wicker (R-Miss.) asked to devote the lunch to discussing health care more deeply.

“I told my wife when I got home last night that yesterday may have been my best day as a senator, and I’ve had some pretty good days,” Cassidy said.

Cassidy said the high point of the discussion was when Sen. Dean Heller (R-Nev.), who is cosponsoring the measure and facing a tough reelection race next year, stood up.

“I’m running for reelection, people have told me to lay low on health care,” Heller said, according to Cassidy. “I said I’m not laying low. I wasn’t elected senator to lay low.” (The Hill)

Cassidy said he keeps working on the bill because he believes it’s the right thing to do.

Citing the book “A Peace to End All Peace,” about the Middle East, he said, “the author says David Ben-Gurion [the founder of Israel] was of the type that said, ‘If you continue to do what is right, good things happen.”

“So we figured we’d just keep plugging away and doing what’s right, and something good would happen,” he added.