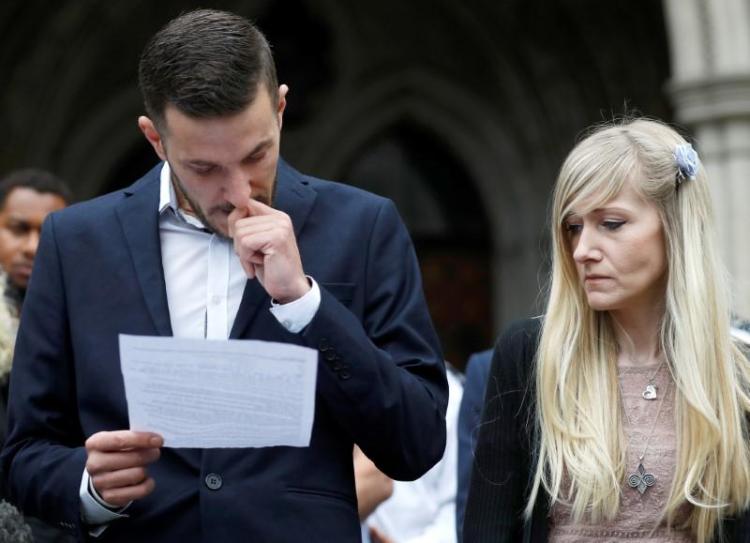 The parents of terminally ill baby Charlie Gard released a statement Thursday after a UK judge approved a plan in which their baby will be removed from life support shortly after being move to a hospice. The judge was siding with the view of the Great Ormond Street Hospital (GOSH) in London that it was not in Charlie’s best interests to spend a long time in a hospice.

Connie Yates and Chris Gard fought a long battle against the Great Ormond Street Hospital in London, drawing international attention, to bring their son to the U.S. for experimental treatment. The hospital did not believe the experimental treatment would work and thought it would only prolong the baby’s suffering. The parents withdrew their request Monday stating that the window of time for the treatment had passed.

On Tuesday they asked to be allowed to bring Charlie home to die but the hospital argued that a hospice would be the best place for him because it was not practical for them to provide life-support for Charlie at the couple’s home.

Now it appears that they will have little time with him even in the hospice.

“We just want some peace with our son, no hospital, no lawyers, no courts, no media, just quality time with Charlie away from everything, to say goodbye to him in the most loving way,” Connie Yates said in a statement.

“Despite us and our legal team working tirelessly to arrange this near impossible task, the judge has ordered against what we arranged and has agreed to what GOSH asked,” she said. “This subsequently gives us very little time with our son.”

The hospital insisted in a statement Thursday that there was “simply no way that Charlie… can spend any significant time outside of an intensive care environment safely.”

“We will arrange for Charlie to be transferred to a specialist children’s hospice… who will do all they can to make these last moments as comfortable and peaceful for Charlie and his loved ones,” they added.

GOSH emphasized that “while we always respect parents’ views, we will never do anything that could cause our patients unnecessary and prolonged suffering.”