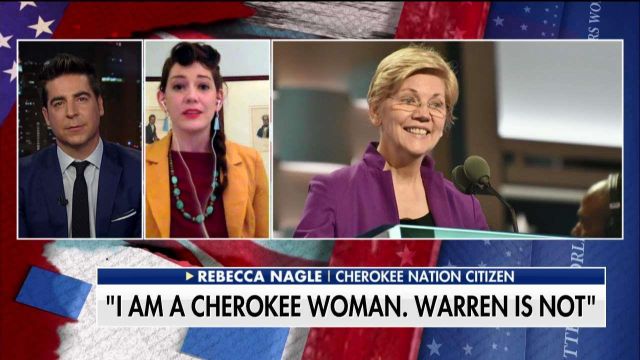 Rebecca Nagle blasted Elizabeth ‘Pocahontas’ Warren for lying about her Native American ancestry in order to advance her career.

Elizabeth Warren lied about her Cherokee heritage in order to get a lucrative six-figure paying job at Harvard. “Warren was also celebrated as the first minority woman to receive tenure”, Watters said.

“As a mixed Native woman, I get to relive the stereotypes that Warren perpetuates every day,” Rebecca Nagle told Jesse Watters.

“I’m not part-Cherokee, I am Cherokee,” Nagle said. “We’re not fractions of imagined Indians that used to exist. (Elizabeth Warren) should take responsibility for her false claim.”