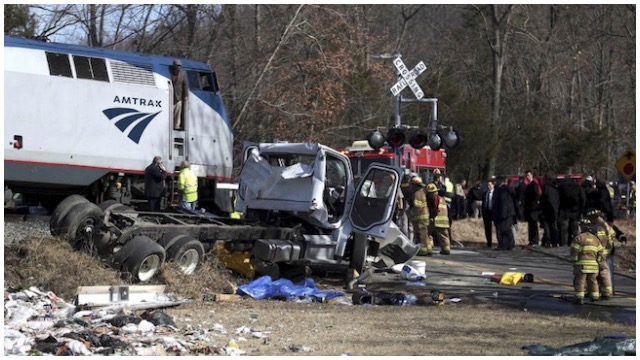 Everyone saw this coming.

After a train carrying many Republican members of Congress crashed into a garbage truck on the tracks, the left is cheering.

First, here are details about the wreck…

A train carrying members of Congress to a Republican retreat in West Virginia slammed into a garbage truck on Wednesday, throwing lawmakers from their seats and leaving at least one person dead, officials said.

Several passengers and crew members, including at least one lawmaker, were rushed to a local hospital for what were largely described as minor injuries. […]