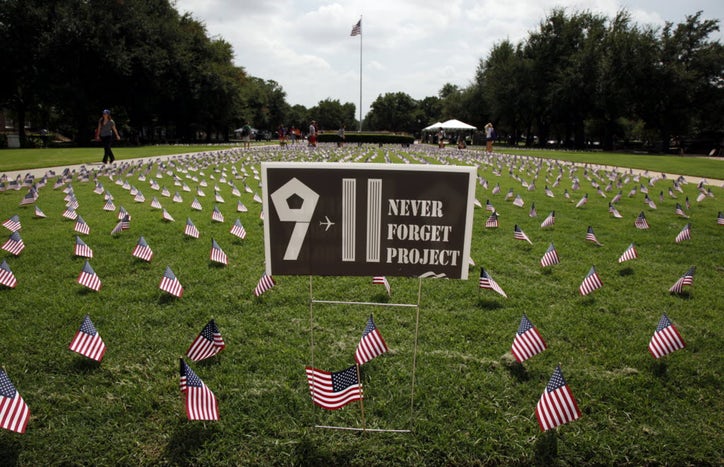 Administrators at the private Southern Methodist University in Texas issued a new policy for lawn displays which bans “messages that are triggering, harmful, or harassing.” That means that the school’s Young Americans for Freedom chapter can no longer display its 9/11 memorial as they’ve done since 2015.

According to The College Fix, YAF chapter president Grant Wolf requested the use of the Dallas Hall Lawn in July to display nearly 3,000 American flags in September to memorialize those who died in the Islamic terror attack, something they’ve done unhindered for two years. Wolf received an e-mail from Student Activities Coordinator Lydia Dale which stated, “The University has a new policy regarding Memorial Lawn Displays, so I have changed the location of your request to MoMac Park.”

The Fix states that the new policy intends to “strike a balance between ‘the right of all members of the SMU community to express their opinions’ and their right to ‘avoid messages that are triggering, harmful, or harassing.’”

However, there are some on campus who believe the school isn’t accommodating students but using the policy as a backdoor to prevent future displays set up by pro-life students whose messages have proven much more controversial on campus. Pro-life crosses on school grounds tend to be vandalized and creates all kinds of ruckus.

But at least with the 9/11 display, students from both left and right of the political spectrum view this as infringing on their right to free speech.

SMU College Democrats Co-President Matthew Lucci told The Fix, “If expression is banned from a part of this campus, that is detrimental to the education of the students,” and added his organization “is very much in favor of open political discussion.”

Using stronger language was SMU’s Turning Point USA chapter, a pro-capitalism group. Its leaders sent a letter to SMU President R. Gerald Turner, telling him that limiting students’ rights to discuss ideas is nothing less than “indoctrination” by the school. The letter also directly confronted the “triggering” language in the new policy:

People absolutely have to have a right to their own opinions, but this does not come with a right to be shielded from opposing ideas, especially in an environment dedicated to the learning, sharing and developing of new ideas.

The university insists it isn’t limiting free speech but only moving the location of the displays. The new site is only a quarter-mile away and administrators claim it’s twice the size of the Dallas Hall Lawn.

“It’s not even close. It’s also much less prominent of a location,” one student said. “Not nearly as much foot traffic.”

It’s clear the school is trying to appease its leftist students more than accommodate the conservatives, as exampled in the video below from last year when one SMU lefty criticized a pro-life display:

Former student Jacqui Jacoby wrote on Twitter, “Disappointed in @SMU for limiting speech. Used to brag about being private but allowing free speech anyway when I gave tours. #SadAlum”