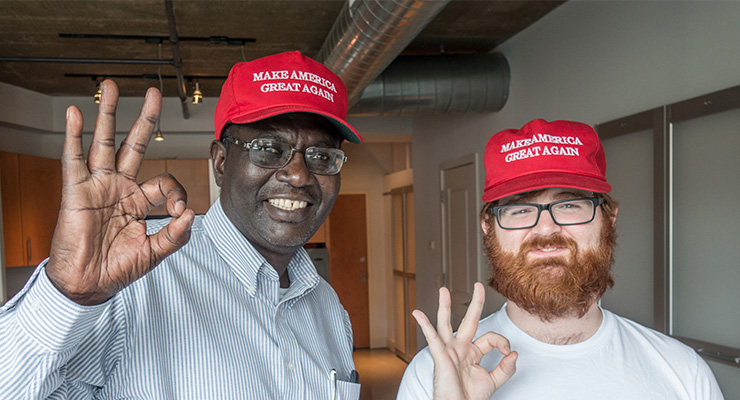 “Complete hypocrisy! Why didn’t he lift a single finger to help his Aunt?” Malik wondered.

He’s referring to the immigration case of Zeituni Onyango.

USA Today reported on her death in 2014:

Onyango moved to the U.S. from Kenya in 2000 and was denied asylum by an immigration judge in 2004. But she remained in the country illegally, living in Boston public housing.

Her immigration case made headlines before Obama’s election in 2008. …

She was eventually granted asylum in 2010 by a judge who said she could be in danger if she returned to Kenya because of her relationship with Obama.

According to the Weekly Standard, Obama went golfing instead of attending her funeral.

“Mr. Obama helped pay funeral expenses and sent a condolence note, Ms. Onyango’s family members said, but the president did not attend, as he was golfing,” the site reports, citing the New York Times.

On Tuesday, Barack Obama sought to score political points by criticizing his successor via Facebook.

“To target these young people is wrong – because they have done nothing wrong,” Obama wrote.

“It is self-defeating – because they want to start new businesses, staff our labs, serve in our military, and otherwise contribute to the country we love. And it is cruel. What if our kid’s science teacher, or our friendly neighbor turns out to be a Dreamer? Where are we supposed to send her? To a country she doesn’t know or remember, with a language she may not even speak?”