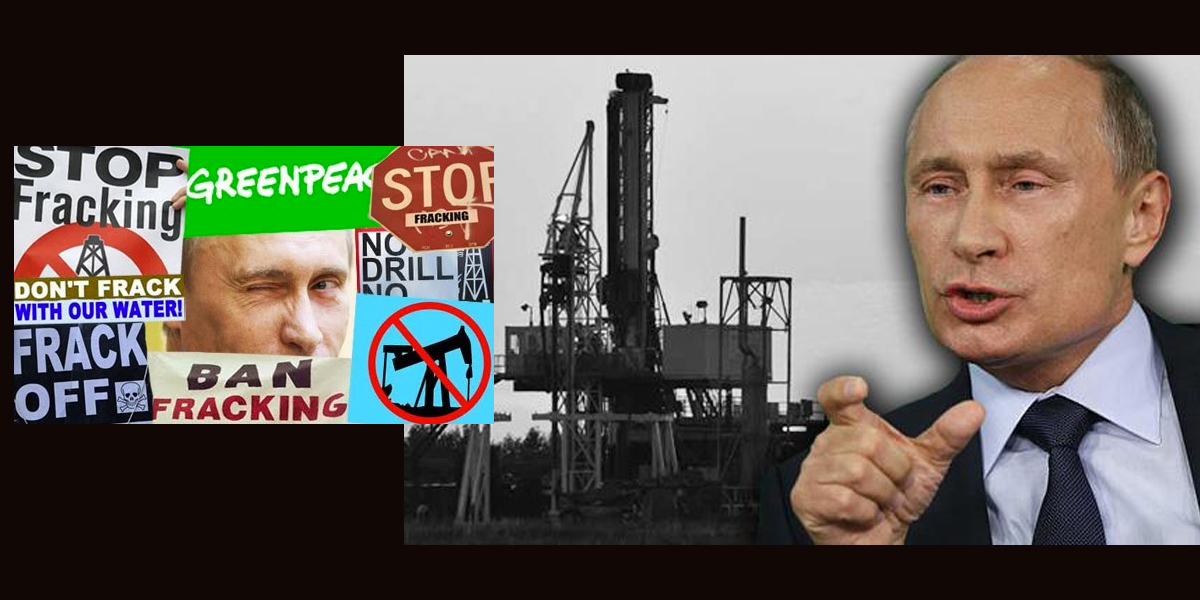 The Russian government has been funding radical environmental groups to “suppress the U.S. domestic oil & gas industry,” according to leading Congressional House members.

In a newly released letter to Secretary of the Treasury Steven Mnuchin, the chair of the House Committee on Science, Space and Technology, Lamar Smith (R-TX), and the chair of the Subcommittee on Energy, Randy Weber (R-TX) allege that Russia “is behind the radical statements and vitriol directed at the U.S. fossil fuel sector” and formally request that the Treasury Department launch an investigation into Russian funding of radical environmental groups.

Russian financing makes up a significant part of “a concerted effort by foreign entities to funnel millions of dollars through various non-profit entities to influence the U.S. energy market,” the congressmen assert in their letter.

They also reference public statements by European officials as well as the U.S. intelligence community declaring that “Russia and its government corporations are funding a covert anti-fracking campaign to suppress the widespread adoption of fracking in Europe and the U.S.—all in an effort to safeguard the influence of the Russian oil and gas sector.”

Russia funnels a large portion of its funding through a San Francisco-based private foundation called Sea Change, the letter states, which then passes the funds to environmental groups “with the intent to effect political change.” To do this, the Russian government is using a shell company in Bermuda called Klein Ltd, which then makes tens of millions of dollars in “anonymous donations” to Sea Change.

In their letter, the congressmen request a federal investigation into the funding of major environmental groups, including the Sierra Club Foundation, League of Conservation Voters Education Fund, and Natural Resources Defense Council, who have all allegedly received Russian money to finance their anti-fracking crusades.

The investigation would seek to find out whether “foreign entities working to influence U.S. policy are in violation of federal statutes pertaining to foreign governments or those lobbying on behalf of domestic and foreign interests,” the letter states.

In a press release accompanying the publication of the letter, Congressman Smith declared: “If you connect the dots, it is clear that Russia is funding U.S. environmental groups in an effort to suppress our domestic oil and gas industry, specifically hydraulic fracking.”

He said that the Russians have established an elaborate scheme that funnels money through shell companies in Bermuda, which “may violate federal law and certainly distorts the U.S. energy market.”

“The American people deserve to know the truth and I am confident Secretary Mnuchin will investigate the allegations,” he said.