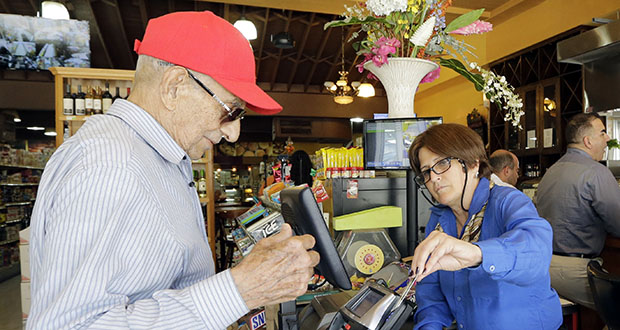 The consumer confidence index hit 125.9 in October, which was the highest level seen in the last 17 years, CNBC reported.

In December of 2000, the consumer confidence index was 128.6. Confidence in October was even higher than economists polled by Reuters predicted it would be.

“The surge in confidence comes at a time when U.S. share prices have hit record highs,” the article states. “Stocks have been lifted by strong economic growth, a surge in corporate earnings and increasing expectations of tax reform. On Tuesday, stocks traded slightly higher, near all-time highs.”

Lynn Franco, director of Economic Indicators at the Conference Board, said that October’s confidence was boosted by the job market and that it is expected that the economy will expand at a solid pace for the rest of the year.

“The index takes into account Americans’ views of current economic conditions and their expectations for the next six months,” the article states. “Economists pay close attention to the numbers because consumer spending accounts for about 70 percent of U.S. economic activity.”

“President Donald Trump’s goal of 3 percent growth has been realized in two of the three quarters since he took office, and economists say the trend can keep going for at least another quarter and possibly longer,” CNBC said.