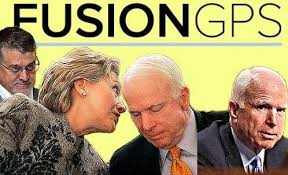 “Payments from Fusion GPS to Bruce Ohr’s family, funded by the DNC, have the appearance of a ‘government for hire,’ i.e. bribing a DOJ official to push the case,” says the Daily Caller’s Luke Rosiak.

“The money sweetened the pot for the Ohrs, and it certainly made it easier for Fusion to get the dossier to be used before the court if they made that payment to Bruce Ohr’s wife,” former judge and Texas GOP Rep. Louie Gohmert told The Daily Caller News Foundation, […]