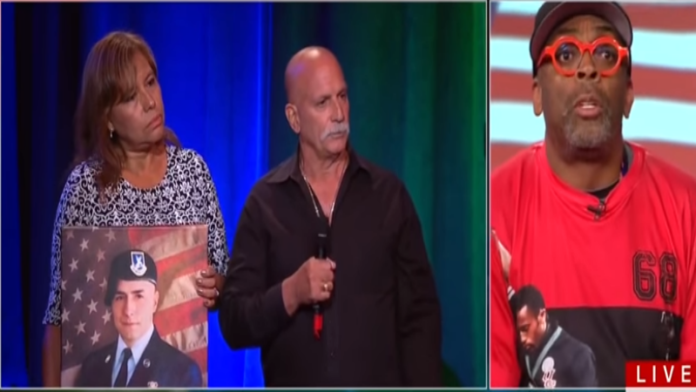 This was amazing. CNN held a town hall event to talk about the NFL and National Anthem protests. The far left film director Spike Lee was there and at one point he was challenged by the Gold Star parents of a fallen soldier.

The Washington Free Beacon has the details:

Lee appeared as one of the town hall’s panelists, alongside Philadelphia Eagles safety Malcolm Jenkins, former New York Jets player Michel Faulkner, and Former US Army Green Beret Nate Boyer, who convinced Colin Kaepernick to kneel rather than sit during the National Anthem.

The parents of Staff Sgt. Louis Bonacasa told Lee how they attended a ceremony for Gold Star parents and then went home and saw NFL players taking a knee during the national anthem, calling it a “slap in the face.”

“How do you support these multi-millionaires on their knees, and don’t support what the fallen heroes died for?” Mr. Bonacasa asked.

Lee said that he was sorry for the Bonacasas’ loss, but said that their narrative was “false.”