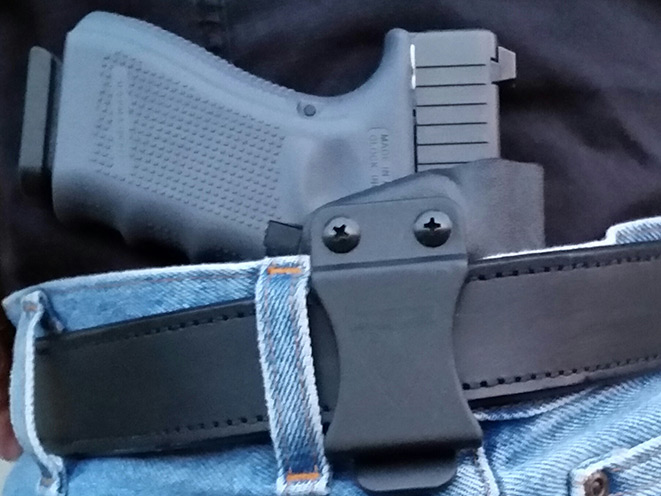 A federal court struck down the District of Columbia’s gun-carry law as unconstitutional on Tuesday.

In a 2-to-1 ruling the U.S. Court of Appeals for the D.C. Circuit said the city’s requirement that those who apply for a gun-carry permit must show “good reason” beyond the desire for self-defense or residence in a high-crime area before being granted one runs afoul of the Second Amendment. The court said the Constitution guarantees a right to carry a firearm for self-protection for the law-abiding, even outside of the home. The ruling is the latest in a series of federal court rulings rebuking the nation’s capital for unconstitutional gun laws that stretch back more than a decade and include a half dozen decisions against the city.

“Reading the Amendment, applying Heller I’s reasoning, and crediting key early sources, we conclude: the individual right to carry common firearms beyond the home for self-defense—even in densely populated areas, even for those lacking special self-defense needs—falls within the core of the Second Amendment’s protections,” Judge Thomas Griffith wrote for the majority.

The court went on to say the District’s requirement that only those who meet the restrictive “good reason” requirement be allowed to legally carry a firearm was beyond their power and effectively eliminated the average citizen’s right to carry a gun in self-defense.

“We are bound to leave the District as much space to regulate as the Constitution allows—but no more. Just so, our opinion does little more than trace the boundaries laid in 1791 and flagged in Heller I,” Judge Griffith wrote. “And the resulting decision rests on a rule so narrow that good-reason laws seem almost uniquely designed to defy it: that the law-abiding citizen’s right to bear common arms must enable the typical citizen to carry a gun.”

Gun-rights activists have argued that the “good reason” clause in D.C.’s gun-carry law, and similar clauses in the gun-carry laws of other states, create a de facto ban where few people are legally allowed to carry a firearm for self-defense, even if they otherwise qualify for a permit. The Metropolitan Police Department did not immediately respond to a request for comment but their most recent public count put the number of gun-carry permits at 71. Documents obtained by the Washington Free Beacon in February show Hawaii, which has a similar “good reason” clause, issued zero gun-carry permits to civilians in 2016.

Activists see the appeals court ruling as a big win.

“To read the majority opinion and not come away convinced that such ‘good reason’ or ‘good cause’ requirements are just clever ways to prevent honest citizens from exercising their rights is not possible,” Alan Gottlieb of the Second Amendment Foundation, which is a plaintiff in the Wrenn case, said. “To say we are delighted with the ruling would be an understatement. We are simply more encouraged to keep fighting, winning firearms freedom one lawsuit at a time.”

Under court rules, the District of Columbia has 30 days to decide whether or not they want the case heard before the full D.C. Circuit. During that time, the city said the “good reason” clause will remain in effect.

“The District of Columbia’s ‘good reason’ requirement for concealed-carry permits is a common-sense gun regulation, and four federal appeals courts have rejected challenges to similar laws in other states,” Attorney General Karl Racine said in a statement. “As we consider seeking review of today’s 2-1 decision before the entire D.C. Circuit, the ‘good reason’ requirement remains in effect. The Office of Attorney General is committed to working with the Mayor and Council to continue fighting for common-sense gun rules.”