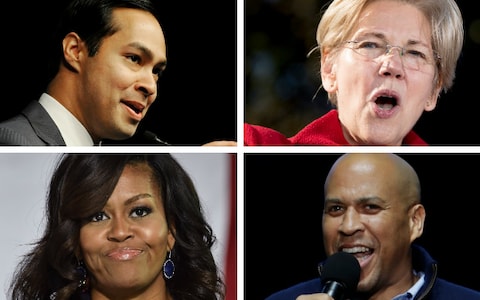 We’ve learned so much about what women face in the last few weeks, and you liberal men should take this as an opportunity to change – specifically, out of your flapping bathrobes and into some Dockers. Groping, flashing, molesting shrubs – believe it or not, some women consider these things to be wrong. Crazy? Sure, but for now it’s no more monkey business as usual. As a noted Democrat, you need to maintain your political viability, and you can exploit the respect and concern for women you’ve always pretended to have to help you dodge responsibility for whatever you’ve already done!

Hey, nobody gets into liberal politics because they actually believe this stuff! Being a Democrat leader has always been a traditional path to making special new friends for guys who can’t cut it on looks and personality. Face it – no one ever said, “You know who’s hot? Al Franken. I bet he can bench his body weight.” If Harvey Weinstein had managed a Safeway, America’s starlets and ferns would be substantially less traumatized.

Having needs is nothing to be ashamed of. You’ve taken on an awesome responsibility being a Democrat leader – you’re constantly struggling to hold up the burden imposed upon you by the support and acclaim of the D.C. establishment and the media. You have a right to extracurricular activities; why, liberal women will tell you themselves that the mere fact that you are quite willing to kill babies by the millions entitles you to all sorts of fringe benefits!

But hey, there are a lot of uptight people out there whose bourgeois notions of “right” and “wrong” really don’t account for the unique pressures and special requirements you face as a liberal icon lookin’ for some lovin’. So, you need to take precautions to ensure that people don’t get the right idea about what you are doing.

First, you’ll want to exclusively seek out liberal women. Don’t make Bill Clinton’s mistake and target women who aren’t reliable progressives. Pinko gals generally know how to play ball and won’t start some sort of fuss that will end up derailing your really important work towards the Democrat Party’s ultimate goal of turning America into Venezuela II: The Starvening.

And be considerate! Don’t just tell her, “You’d better put some ice on that.” Show her you care. Go and get her some ice yourself – see, it’s the little things that make the difference between silent suffering and embarrassing revelations.

And while youth correlates with vulnerability, be sure to check their IDs. You don’t want a Roy Moore problem – though the fact you are a Democrat pretty much means you’re probably not going to regardless. Of course, this advice doesn’t apply if you are visiting, say, the Dominican Republic.

Now, it’s pretty clear that because you are a powerful liberal every woman wants you grabbing at her, but you can’t indulge them all. Remember, there is always the danger that some ungrateful woman might raise a fuss no matter how much she asks for it by posing in a photo next to you, or by sleeping peacefully nearby.

Here’s a helpful hint: Make sure your posse understands your firm “No photos” rule. And yes, it does apply when it comes to pics of your pride and joy. It’s clear that many women are just begging you to text them shots of the Junior Senator even if they don’t actually say it, or hint at it, or want it. It’s harsh, but for the foreseeable future, you must deny the women of America these glorious snapshots of your majestic manly vistas. Be strong. No matter how they subtly signal you that they want some sexy snaps, whether by briefly speaking politely to you or by existing, you must say, “No.” But if you do say, “Yes,” try to take them from a flattering angle with some good lighting. If they end up out there in the web, you’ll want to look your best.

And there are more sacrifices you’ll need to make in this crazy environment. For example, do not invite female staffers to your office for a late night meeting and show up wearing only your underwear. Sure, comfort is important, and D.C. can get really humid, but they might get the wrong idea by your attempt to put them at ease. Also, they may be overcome by lust at your tighty-whitey’d rockin’ bod, and that can cause jealousy between them and the other members of your staff who are likewise filled with desire for you. It’s a burden, but take the risk of chafing and wear pants – for their sake.

Now, there may to be some ungrateful ladies who make some allegations about you for whatever reason, most likely their participation in the vast right wing conspiracy. This puts you in a tough place because you have to balance the liberal principle of believing the victim with the liberal principle of liberals not being held accountable for the terrible things they do.

Just take a deep breath – it’s going to be okay, because you’re a Democrat. The media and Hollywood are going nuts, but if you’re a Democrat in Congress, you’re good. Hell, Teddy Kennedy drowned a chick and they pretty much gave him a medal. You didn’t drown a chick, did you? If you did, maybe you should talk to a lawyer about pleading self-defense.

Anyway, you will notice that one allegation inevitably leads to another, and then another. Turn this to your advantage by hinting that the sheer number of charges just means you’re a total player! When responding to the charges, make sure your statement doesn’t actually admit any wrongdoing. Instead, you’ll want to describe how you are “friendly” and “a hugger,” and how you are sorry these misguided women took offense by misinterpreting your innocent gestures of support for them in their struggle against patriarchy. Your message is that your accusers are all frosty nuts who can’t deal with a real man, or even a liberal one.

Be sure to close out your non-apology apology by making sure your liberal pals know that you’re still an asset. You saw how they tossed Slick Willy under the bus when he and Felonia Milhous von Pantsuit stopped being useful. Subtly imply that these fussy women should have shut their kissin’ holes and took one for the team by reiterating your support for icing babies, and then throw in a shot at the NRA for good measure.

Yeah, the last couple months have been stressful for liberal men in positions of power, but just remember – these things blow over. You’re a Democrat. The rules were never meant to apply to you, and pretty soon your fellow liberals will come back to their senses. Until then, tie your bathrobe shut and keep your hands to yourself. Sure, you’ll have to temporarily deny the women of America the gift that is you, but it’s a sacrifice they should be honored to make.